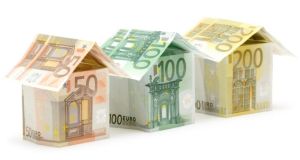 The fiscal council said breaches of EU budget guidelines raised questions as to whether future policy would be conducted on a prudent basis. Photograph: The Irish Times

The Government has received a double warning on the economic front amid concern over its budget planning and the rapid advance of the property market.

The Irish Fiscal Advisory Council has questioned key strands of the Coalition’s spring economic statement, saying breaches of EU budget guidelines raised questions as to whether future policy would be conducted on a prudent basis.

Although the Paris-based Organisation for Economic Co-operation and Development separately said Ireland’s growth will be robust this year and next, it warned that further property market interventions may be required to prevent investors becoming exposed.

“Fast-rising property prices, both in the housing and office development markets, are reminiscent of the bubble period of a decade ago,” said the OECD.

Such interventions came as strong tax returns in May led analysts to say the Government’s scope to cut tax in its final budget before the election was widening.

“Our view is that the fiscal space in budget 2016 will be in the €1.5 billion to €2 billion range,” said Alan McQuaid of Merrion Capital.

But the fiscal council, which has statutory powers to monitor budget policy, warned of serious flaws in formal submissions to Brussels which accompanied the spring statement.

“The plan as set out for 2016 does not fully comply with the rules and as we look beyond that there isn’t a proper plan in place at all”, said Prof John McHale, the NUI Galway economist who chairs the council.

The outline budget plan for 2016 failed to meet EU guidelines to tackle the underlying deficit in the public finances, known as the structural deficit.

Beyond 2016, he said Government figures did not properly account for looming spending pressures.

“There are real questions about the credibility of projections for Government spending,” Prof McHale said.

Breaches of the EU budget framework raised concerns. “Without a strong budgetary framework we do risk a return to the kind of policies that led to mistakes that certainly contributed to the crisis.”