The country will pay off its last foreign currency loan worth $1.5bn today 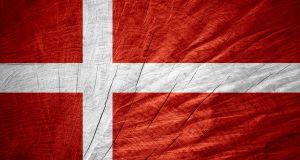 The last time Denmark’s central government was near paying off all its foreign currency loans was back in 1894. Photograph: Getty Images/iStockphoto

A debt milestone for Denmark.

The country will pay off its last foreign currency loan worth $1.5 billion (€1.4 billion) on Monday – ridding itself of any FX debt obligations for the first time in at least 183 years.

Data from the Danish central bank shows the last time the central government was near paying off all its foreign currency loans was back in 1894 – when FX debt totalled less than 1 per cent of GDP.

The country first raised its foreign debt in 1757 when it issued a loan worth half a million rigsdaler from Germany and the Netherlands. Historically, Denmark has raised foreign currency debt to bulk up its FX reserves but vast amounts of currency intervention in recent years – designed to keep a lid on its krone peg with the euro – led Danish FX reserves to hit an all-time record back in 2015.

“The central government has not needed to raise any loans in foreign currency, and the loans have been gradually repaid”, the central bank said on Monday.

The country’s foreign debt bill first swelled to finance the wars of the 19th century and later as the Danes embarked on deficit-financed spending in the 1980s but obligations have been steadily shrinking since the financial crisis.

Still, Denmark’s last FX repayment also does not mean the country is without any central government debt, only that it is all now denominated in krone.

Denmark’s overall debt-to-GDP ratio is one of the lowest among Europe’s major economies, standing at 38 per cent and is expected to fall to around 36 per cent in 2018 according to the European Commission.