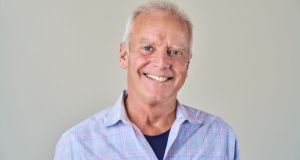 Airbnb, the online accommodation portal, has signalled its intention to move into the transport market by appointing a top executive to lead the move.

The US company, which has its international headquarters in Dublin, has appointed former Virgin America airline chief executive, Fred Reid, as its new global head of transportation.

The company told The Irish Times “there is nothing set in stone” about its move into transportation, but it hinted that it plans to join with other companies in the travel sector to provide services.

“There are tremendous opportunities to work with different companies and organisations that can make travel more enjoyable, and we have a number of ideas,” it said.

“We have been working on a range of products, partnerships and services that will help us achieve our goal of being an end-to-end travel platform.”

Airbnb’s chief executive, Brian Chesky, said in a global statement: “I’m not interested in building our own airline or creating just another place on the Internet where you can buy a plane ticket, but there is a tremendous opportunity to improve the transportation experience for everyone.”

Mr Reid most recently worked at the flying car company Kitty Hawk. He has deep experience in the airline industry. He’s previously held the title of president at Delta Air Lines, Deutsche Lufthansa and Flexjet.

In 2015, he joined Kitty Hawk, which is backed by Google co-founder Larry Page. Mr Reid’s departure is a high-profile loss for that company, which has yet to launch its hotly anticipated electric flying vehicles.

It’s also a signal that Airbnb may be taking flights more seriously than previously thought. The San Francisco-based home sharing company has made an effort to expand beyond helping tourists rent out other people’s apartments, though short-term house rentals remain by far its largest business.

The company has tried to generate interest in selling activities to travellers. It dabbled in boutique hotels. And for years it has mused about getting into the air travel business. In 2016, Airbnb announced its intention to offer a flight-related product “in the future.”

The same year, Airbnb considered purchasing the flight-booking website Skyscanner but didn’t go through with it, people familiar with the matter said at the time.

Mr Chesky’s ambitions have always been sweeping, even if the 10-year-old company’s timeline has dragged. He told Bloomberg’s Brad Stone for his 2017 book, “The Upstarts,” “I want to do for travel what Apple did to the phone.”

But in Thursday’s announcement, Mr Chesky made clear that the company would be taking a different path. “I’m not interested in building our own airline or creating just another place on the internet where you can buy a plane ticket,” he said in a statement.

That leaves unanswered the question of what exactly Airbnb is planning. In the meantime, Booking Holdings , now an $88.3 billion company, as well as a host of other growing internet travel services, looms large in an already crowded industry.