With recovery underway, this was a year for comebacks as well as encouraging success for a new breed of entrepreneurs 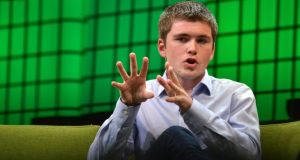 John Collison, co-founder of Stripe, speaking during the Web Summit at the RDS in November. Photograph: Barbara Lindberg 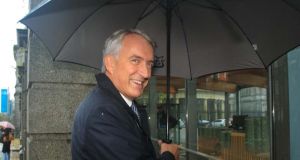 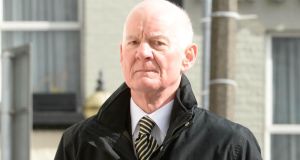 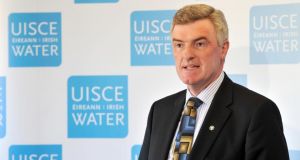 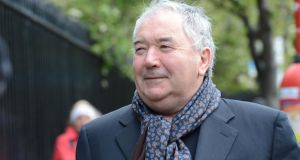 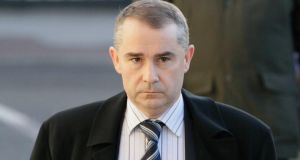 For the first time since the financial crash, it was harder this year to pick the losers than the winners. As well-known businesses toppled and entrepreneurs lost their fortunes over recent years, winners have been few. But with recovery underway, 2014 was a year for comebacks in Irish business, as well as encouraging signs from Ireland’s new breed of technology and bioscience entrepreneurs.

Only one developer features on the loser list this year, where previously it would be hard to know who to leave out as so many were going bankrupt or having their empires seized by their banks or Nama.

The most high-profile loser of the year was Sir Anthony O’Reilly while the most unexpected relative winner was David Duffy, chief executive of what is still the biggest problem in Irish banking, AIB, where prospects are improving.

In 2014 things got so bad at Irish Water it almost needed a super-loser category. If the Government does not move this semi-State towards the winner’s enclosure soon, it will face dire consequences.

All in all, 2014 was still a challenging year for Irish business, but also a return to normality. The fallout from Ireland’s financial crash continues, but there is a sense that next year will bring yet more winners and fewer losers.

Silicon Valley royalty Apple, Twitter and Facebook are all partners and it is also making inroads into China. Still only twentysomething, the Collison brothers have looked on track for greatness for some years. This year they really made it. They look on course to pass out Ireland’s old generation of tycoons to inspire a new breed of entrepreneur.

Curran plans to remain with the company for the next few years. But, at only 34, he will undoubtedly someday replicate his DNA success.

Over lunch at the trial McCaffrey shared a court canteen table with his fellow witness Quinn. It was a far cry from the boardroom. But by the end of last year McCaffrey had begun his comeback.

He convinced three big funds to back him and a local consortium called QBRC to buy back two key units of the old Quinn empire. Having started the year mired in the past, McCaffrey finished the year looking to the future as chief executive of at least some of his old business.

Slattery’s salvation came when he returned to his roots in aircraft leasing by launching an aviation finance business called Avolon. Last year it was courted by Chinese and other investors interested in snapping up it up but the company went instead with a flotation on the New York Stock Exchange. Initially it was expected Avolon would float in the $1.8 billion to $2 billion range – in the end it floated at $1.6 billion (€1.3 billion) in December. This was still an incredible achievement by Slattery and his team which look set to pocket a fortune from the business. Given the risks in the industry and talent in their ranks few will begrudge them.

All of these things are still true. But Duffy still deserves a gong for effort. AIB has stripped out a lot of cost. It returned to profit and generated capital again last year. Duffy believes it will be an “investable proposition” for external investors by its full year results in March. Over 10 years, he said he believes the bank will pay-off the full cost of its taxpayer bailout – some €21 billion – and next year it might be able to pay the coupon on the State’s €3.5 billion of preference shares for the first time.

In getting AIB from the point where it was a toxic disaster to where it now looks capable of doing things again and is making a profit Duffy deserves some recognition. Not an outright winner of 2014, but perhaps most improved.

Having tried his best to deal with his creditors by selling his assets in a controlled manner, the decline in O’Reilly’s fortunes is due primarily to heavy losses on his stakes in Independent News & Media and Waterford Wedgwood. A documentary on RTÉ and comments by business leaders such as Dr Michael Smurfit served to counterbalance his travails with O’Reilly’s many achievements. O’Reilly may have lost his millions at the last, but his performance over the length of his career remains astounding.

“What happened was that everyone in Ireland had the idea that somewhere in Ireland there was a little wise old man who was in charge of the money, and this was the first time they’d ever seen this little man,” McCarthy recalled. “And then they saw him and said ‘who the f*** was that?’ That’s when everyone panicked.”

Neary’s performance at last summer’s Anglo trial was a similar moment for those who witnessed it. In his two days in the witness box, Neary said “I don’t recall” 30 times, “I don’t know” 23 times, “I can’t recall” 12 times, “I can’t/don’t/cannot remember” 12 times, “That’s a complete blank to me” once, and “I’ve absolutely no recollection” four times.

The entire business where the State’s richest man, who also owned a big insurance company, bet his entire fortune in a way that destabilised Ireland’s third biggest bank, was all a bit of a blur to the former top watchdog.

Neary lost the last scraps of his credibility during the Anglo trial.

From Tierney’s company credit card bill of €12,000 to the €55,000 spent on a staff gym, every aspect of Irish Water has been pulled apart, and from its generous bonus structure to its many U-turns on pricing to controversy over its demands for people’s personal data, every step has been a mess. In November, Tierney was even forced into a humiliating apology to the public for all the mistakes made so far.

The need for a better water supply is undoubted but Irish Water has failed to sell the positives, while allowing the negatives get out of control. To blame Tierney entirely, however, is a mistake. While he is the face of the Irish Water mess, responsibility clearly goes much higher than one man, to the board and the politicians in charge.

In the courts, a different picture was painted too of Crosbie who, while he did display genuine vision in his earlier career for the regeneration of Dublin’s docklands, seemed to show less foresight in his dealings with Nama.

With Nama seeking a judgment of €77 million against him Crosbie was forced to plead in court that expenses of €5,000 a month was too little. He also faced some serious allegations from Nama under 11 different headings ranging from questions about chunky payments to his family members to allegedly failing to disclose assets worth millions. Crosbie has denied any wrongdoing, but this was a year he will certainly want to forget.