Freshgrass Group produces and distributes a range of fertilizer products from its three factories in Cork, Limerick and Meath 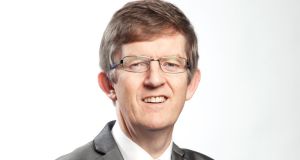 Freshgrass Group produces and distributes a range of fertilizer products from its three factories in Cork, Limerick and Meath.

It also supplies agri-chemicals, seeds, animal feed and farm/garden hardware to farmers across Ireland. The company was founded by Liam Woulfe in 2002.

Woulfe started his professional career in Connacht Gold Co-op before joining Golden Vale Co-op in 1986. He was involved in all aspects of the business’s organic growth, acquisitions, integration and development of the different businesses that led to profits in excess of €20 million per annum being achieved. Following Kerry Group’s takeover of Golden Vale in 2001 for €250 million, Woulfe was given responsibility for the Dairies Division.

During the 1990s, Woulfe made various personal investments from hydro electricity to local radio and, in 2002, founded Freshgrass Investments. The following year he left Kerry Group to become managing director of Freshgrass.

Freshgrass went on to acquire Golden Vale Dairies UK from Kerry Group in 2003, selling the business for a premium in 2006.

The Freshgrass family of businesses now have an approximate annual turnover of €190 million. Over €10 million of sales are exports mainly to the UK. The company employs 150 full time staff along with 60 full time contractors.

What vision prompted you to start-up your business?
The vision to start the Freshgrass business was completely guided by the conviction that if a project was likely to deliver at least a 15 per cent return on investment after all costs (including interest) then one’s own money would generate a good return on investment.

What was your “back-to-the-wall” moment and how did you overcome it?
One of our key suppliers informed us in late 2007 that they were receiving better returns elsewhere and that they had committed to, instead, supply much of our usual supplies to Brazil in Spring 2008. Despite our attempts to convince them otherwise, they proceeded. My commercial director and I travelled to meet a few alternatives and eventually we convinced a major European fertilizer company to fill the “gap” despite the fact that they had never supplied any products to Ireland in the past.

What moment or deal would you identify as the “game changer” for the company?
The greatest “game changer” moment came in 2012 when we merged one of our largest subsidiaries, Grassland Fertilizer, with French giant Groupe Roullier, allowing us to expand on our already leading market share.

When Freshgrass acquired Grassland from Greencore in 2002, it had 58 employees. Since the creation of the joint venture with Roullier, the employee numbers have risen to 100 with further additions coming later this year.

The joint venture with Roullier gives us total access to their world renowned R&D personnel and all their soil, plant, animal nutrition and dairy hygiene scientific research for our market.

What were the best & worst pieces of advice you received when starting out?
The best advice that I got was that if you don’t have the time and patience to lead the commercial assessment of the business being targeted then forget about it.

The worst advice was regarding an investment into a particular business. I had been informed that the business in question was “so good it already was being sold with the necessary banking to finalise the deal in place in advance”.

Luckily we used our own criteria and after thorough examination we did not invest.