London & Regional Properties indicates it is pulling out of Irish market 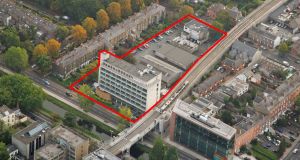 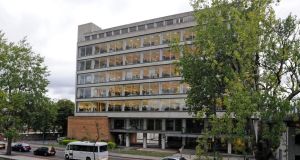 A UK property group, London & Regional Properties (L&R), has sold the former headquarters of the Irish Nationwide Building Society on the Grand Canal in Dublin at a sizeable profit and has indicated that it is pulling out of the Irish market.

The group, controlled by the billionaire brothers Ian and Richard Livingstone with the help of an Irish managing director, Niall Gunne, made profits of around €100 million on four investment deals over the past six years.

The intended decision to withdraw from the Dublin market comes as property values continue to stabilise and fewer investment opportunities are available.

At the peak of the market companies such as L&R had expected to achieve capital appreciation of at least 20 per cent per annum on investments.

L&R sold the Nationwide headquarters at Grand Canal Parade, Dublin 6, to the US investment company Hines for around €37 million, a long way from the €15 million paid for it at the end of 2013.

During its ownership it had detailed discussions with Dublin City Council about redeveloping part of the site before deciding to accept the Hines bid.

L&R intended to seek planning permission for a second office block of 3,251 sq m (35,000 sq ft) at the rear of the slightly larger building and also to seek approval for 38 apartments in a four-storey configuration and an underground car park with access on to Dartmouth Road.

The office block overlooking the Grand Canal was purchased by the Michael Fingleton-run building society in 1991 for around €5.1 million.

It was previously the headquarters of the then Irish-owned tobacco company PJ Carroll whose manufacturing plant was in Dundalk.

The grounds of the Grand Parade building originally extended to around two acres and were reduced to 1.7 acres after the Luas line cut through part of the site.

L&R’s first property coup in Dublin involved the purchase of the Eir company’s offices and network management centre at Citywest Business Campus for €20 million in 2010. Five years later it sold the investment to the London-based SW3 Capital for €32 million.

The Four Seasons Hotel in Ballsbridge turned out to be the most profitable deal even though it was losing money when it was bought by L&R in June, 2011, for €15 million – a figure believed to have been about a quarter of what it cost to develop the hotel.

Two years later, they were all sold on to Hibernia REIT for €52 million.