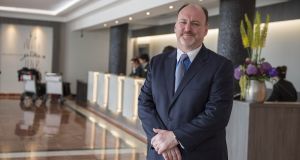 It brings to a close Lone Star’s near four-year foray into the Irish and UK hotel market with Amaris, following the sale in December of the portfolio’s Jurys Inn chain to Swedish investor Pandox for £800 million.

The sale to LRC of the final tranche of 25 properties includes almost all of the non Jurys Inn-branded hotels in Amaris, which was run for Lone Star from Dublin by Irish hotelier John Brennan.

The deal includes 20 Accor-branded hotels in the UK, as well as five Hilton-branded properties, including the Dublin hotel that was Amaris’s last remaining Irish property following the sale of Jurys Inn.

The Custom House hotel was once a Jurys Inn, before it was rebranded as part of a £100 million overhaul of Amaris portfolio led by Mr Brennan.

The transaction also marks the debut in the Irish and UK hotel sector of LRC, a fund with its headquarters in Cyprus but founded and run by London-based Israeli investor Yehuda Barashi. His family have extensive interests in Israel in the property and construction industries.

“While we cannot go into detail on the terms agreed in the transaction, we would like to comment that we are very pleased to have exchanged contracts on this exciting portfolio,” said Chris Dimitriadis, LRC’s director of operations, to industry website, Hotel Analyst, which reported the deal.

“This is a major milestone in LRC’s strategy to expand its presence in the UK and to increase its European hotel portfolio.”

LRC, which traditionally specialises in buying distressed asset portfolios, has gained prominence in the London market recently as part of a consortium with Delancey Real Estate Asset Management Limited that is redeveloping the city’s Royal Mint campus.

Lone Star’s Amaris foray has proven to be highly profitable for the private equity group founded by US billionaire John Grayken.

Lone first entered the hotel market in Ireland and the UK in June 2014 when it bought the Rock and Salt portfolios of distressed property loans from Irish Bank Resolution Corporation (IBRC). This included Anglo Irish Bank loans secured on several Holiday Inn and Thistle branded hotels in the UK.

The following year, it paid £680 million to buy Jurys Inn, which was at that time run by Mr Brennan, from Oman’s sovereign wealth fund, Royal Bank of Scotland, and an investment group originally put together by financier Derek Quinlan.

It followed this with further purchases of Accor hotels, before combining about 90 hotels from its portfolio later in 2015 to form Amaris, installing Mr Brennan as chief executive with Jurys Inn as the linchpin of the group.

In 2016, Lone Star started selling down its hotel investments in the UK, and in total it has raised more than £2 billion offloading hotel properties in Ireland and the UK in the two years since.

It is understood that Mr Brennan will stay on at Amaris to wrap up the disposals. He will likely earn a significant sum from Lone Star’s hotel deals, as the beneficiary of financial incentives granted by private equity group.