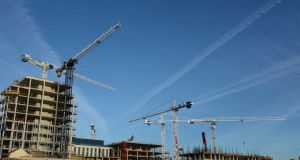 While the Irish investment property market experienced a strong recovery over the last five years, with rents and yields back close to pre-crash levels, the structure and operation of that market is almost unrecognisable to that of 2007.

Ireland is today considered one of the most transparent and efficient investment property markets globally, with a sensible approach to risk and a growing appreciation for stable and secure income streams, rather than focusing on capital speculation.

Inward capital flows are increasingly international and diverse, and willing to invest in sectors and segments of the market that Irish investors have traditionally bypassed. These efforts have in turn opened up and professionalised parts of the Irish market that had been neglected due to a limited investor appetite, resulting in a sector lacking scale, general investment and often ongoing maintenance. This is most noticeable in the private rented sector (PRS), where under-investment had led to poorly managed schemes tainting the perception of the sector in the public eye.

The new wave of professional landlords is fast changing that perception by offering tenants high-quality, well-managed accommodation with a host of complementary services such as 24-hour maintenance, on-site concierges, and residents clubs. These are lifestyle offerings and tenants are clearly voting with their feet. Our data on tenure shows that tenants remain in a professionally owned and managed unit for almost three times longer than in a traditional private buy-to-let unit.

The stability offered by long-term tenants in professionally owned schemes is a notable advantage to landlords, providing secure income streams to investors while providing comfort for the tenant. These income streams represent one of the key attractions of Irish property to international investors and, despite recent moves in pricing, Ireland is still an attractive market on a relative basis.

Dublin still offers some of the strongest net income yields with a considerably narrower gross-to-net yield spread than many peer markets. The latest prime Dublin PRS net initial yields (net operating income) cited by the major valuers show a convergence of opinion towards the 4 per cent mark.

We would argue that Dublin PRS yields still have some way to go, especially given the disconnect between prime office yields, with the room for further rerating along European norms offering the potential for a further 12-15 per cent increase in capital values on yield moves alone.

In almost every comparable European and North American market, prime PRS tends to trade at about 50bps stronger than prime offices. Until recently Ireland was the opposite, though improvements flowed throughout 2018 with Dublin PRS yields now broadly matching that of Dublin CBD offices at 4 per cent.

This relative value prospect and stable income offering will continue to attract new sources of international investment into the PRS sector next year, aiding supply as the housebuilders further scale up their ability to provide product.

The surge in demand for PRS investments does not mean the traditional commercial property sectors will fall out of favour, for the very same reason they remain popular and competitive for investors: income.

Dublin office investments are still in an enviable position internationally with strong and growing income streams from a diverse tenant base. Income returns may have moderated as capital values rose in the recovery, but at 4.2 per cent per annum from central Dublin offices this is an appealing rate of return for international investors, many who see equivalent income returns 25-30 per cent lower in their domestic markets.

However, it is not just the rate of return that is attracting investors to Ireland, but the low risk and stable rate of return. Investors, especially pension and life funds of continental European origin, place great emphasis on leasing structures. Traditionally, this is one of the reasons London has dominated the focus of such funds, but as we benefit from similar leasing structures (excepting now for upward only rent reviews) attention has moved to consider Dublin as a source of stable income.

Tight levels of speculative office supply in Dublin have unsurprisingly helped drive headline rents upwards and we are now back at close to pre-crash levels. The ban on new upward-only rent review clauses in leases from 2010 has pushed landlords to thinking increasingly about derisking income streams in the future.

As a result, Ireland has now some of the most “investable” lease structures in the world, especially when compared to the UK, the previously favoured market of income investors.

This is all because of the growing requirement for would-be tenants in Dublin to commit to longer office leases, with less flexibility (breaks) and greatly minimised incentives (rent-frees). Often such a commitment can be more attractive to landlords than a higher headline rent until the first review. The lengthening of leases in the Dublin market very much bucks the trend being experienced by many comparable markets.

Our analysis on leasing trends in Dublin, conducted with agents Knight Frank, shows that lease terms for offices continued to lengthen over the last year to an average of 13.1 years, a stark contrast to London where average new lease lengths declined to a record low of 5.7 years. London office lease lengths have fallen consistently since the June 2016 Brexit vote.

Dublin has also gained from a longer average term-certain as break clauses are pushed further and further out, delaying a key risk event for the landlord. Similarly, rent-free periods, the traditional incentive offered by landlords to new tenants, have fallen by 50 per cent in Dublin over the last four years while rising by 33 per cent in London.

These changes have boosted a landlord’s net effective income from Dublin offices, where incomes are under pressure elsewhere in Europe. Ireland is now one of Europe’s key secure income plays, offering stable and growing net income streams, and a highly internationalised, dynamic occupier base combined with a responsible approach to income risk by investors and developers alike.

The performance of the Dublin office investment market over the next year will be comparatively dull compared to previous years, but for investors that is a key advantage as the Irish capital offers stability at a time of broader uncertainty.

Bottom of the market

These returns were overwhelmingly (85 per cent) capital-growth driven during the key recovery years of 2013 to 2015. However, as the market stabilised, income has become the key driver of performance, accounting for almost half of an investor’s total return in 2018.

This performance trend will continue, especially in the office sector, into 2019. This shift is a natural and welcome progression of a mature market that is dominated by professional investors with a cautious view on risk. Returns might be lower, but Ireland will still be an attractive market for investors. Offering certainty is a non-existent commodity in property markets.

With continued efforts to drive long-term stable income streams, the Irish market is doing its best to offer the globalised investment sector a credible alternative and comfortable home for capital.

Colm Lauder is a real estate analyst at Goodbody Stockbrokers