Exports to EU halt due to border delays and paperwork 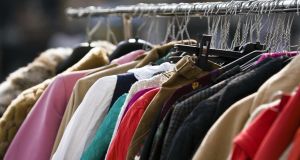 A mountain of used goods is building up in the north-east of England as one of the biggest exporters of second-hand clothing to the EU has suffered a breakdown in trade caused by Brexit.

Since January, exports to the EU from ECS Textiles in North Shields have ground to a halt due to border delays, piles of paperwork and confusion over post-Brexit rules, costing charities thousands of pounds in lost donations each week.

ECS would normally send five 20-tonne container loads by sea to Latvia each week, full of second-hand clothes, toys, furniture and bric-a-brac for resale in eastern Europe. However, its deliveries have failed to get through since the end of the Brexit, with one container stuck in the port of the Latvian capital, Riga, incurring charges and threatened with import tariffs usually reserved for Chinese goods.

James Officer, sales manager at ECS Textiles, said the backlogs meant its warehouse was full to the brim with donated clothing that could not be shipped. “We’re at capacity. It could essentially close the business because we have no more physical room and it’s a really big worry. We’ve got containers sat in port, we’re paying standing charges, our customers can’t have their goods, and we’re not being paid. The business has ground to a halt.”

One month since the Brexit trade deal came into force, problems and delays caused by additional paperwork, border checks and red tape are causing major disruption for businesses. UK prime minister Boris Johnson has described the issues as “teething problems”, however growing numbers of companies there are warning the additional costs and delays are a permanent business hurdle.

ECS Textiles, with a turnover of about £2 million per year and hubs across the UK, collects clothes and bric-a-brac from charity shops and homes and resells these items to the continent, raising thousands of pounds per week for good causes including veterans’ charities, animal welfare and the NHS.

Mr Officer said one animal charity would normally receive £5,000 per week, but it was only able to pay £1,000 because of Brexit-induced delays.

The company has fallen foul of rules of origin requirements. UK goods are eligible for zero-tariff sales in the EU. But because most of the goods ECS is exporting were produced in China, port authorities in Latvia are threatening to charge 5.3 per cent tariffs – or border taxes. The charge would eviscerate the profits required to keep the company running and raising funds for charity.

ECS says the work done to sort and grade the items it exports should allow them to qualify as British. Although the firm has had support from the local chamber of commerce, Mr Officer said the UK government had not helped it to obtain a rule of origin certificate to let it keep trading with the EU.

“That 5.3 per cents on every container will dramatically reduce the amount we can donate to charities that we’ve collected on behalf of, and that’s a real worry.” – Guardian service