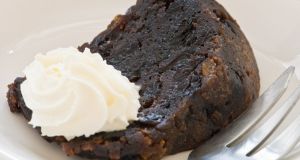 Derbyshire-based Matthew Walker dominates the seasonal pudding market through most major retailers including Lidl and Waitrose, and and has sales of about €40 million.

Valeo Foods, the Dublin-headquartered group that owns Batchelors beans and the Jacobs biscuit brand, has agreed a deal to pay £67 million (€75.5 million) to buy the UK’s biggest manufacturer of Christmas puddings.

Valeo is buying Matthew Walker from the 2 Sisters group, which is controlled by entrepreneur Ranjit Singh Boparan. Derbyshire-based Matthew Walker dominates the seasonal pudding market through most major retailers including Lidl and Waitrose, and and has sales of about €40 million.

The deal is Valeo’s 14th acquisition since it was founded nine years ago with backing from Cavan financier Seamus Fitzpatrick’s Capvest Partners private equity group. It brings Valeo past the €1 billion mark in annual sales.

The UK acquisition will also add 200 staff to Valeo, bringing its total workforce to around 3,000 across Ireland, Britain and the UK.

Valeo’s other recent deals include the €73 million acquisition of the British operations of Kettle crisps. Its other brands include Rowse Honey, Barratt sweets, Fox’s Glacier Mints and Italian biscuit brand Balconi. It also owns Chef sauce and Odlums flour.

Seamus Kearney, the chief executive of Valeo, said the Matthew Clark deal “will provide us with exciting opportunities for growth in both existing and new channels and markets”.