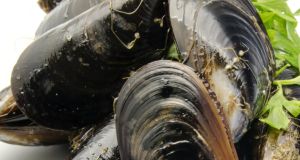 Four mussel fishermen have lost their High Court claim that the State had illegally disposed of mussel seed to Northern Ireland operators and UK shellfish farmers with the effect of destroying a sustainable Irish mussel industry.

Mr Justice George Birmingham dismissed claims that mussel seed is an Irish natural resource. He said the all-Ireland dimension to fishing was long-standing and it was “strange” the suggestion of reversing that “comes at a time when Anglo-Irish relations and North-South relations have never been closer”.

He said that the all-island dimension to the industry was so entrenched that it was “inconceivable” that a court should now set it aside and any change was a matter for the executive and/or the legislature.

Losses to the State in earnings from export of mussels over the past 12 years could be as much as €200 million, they alleged.

The four also claimed damages as they had invested a total €16 million for four mussel dredging vessels, for which each received a State grant of about €1.4 million.

They said they had to submit business plans based on the legitimate expectation that sufficient mussel seed would be available to support the enterprises and repay the loans on the vessels, but the depletion of mussel feed stocks meant they were facing financial ruin. That aspect of the case will be addressed later.