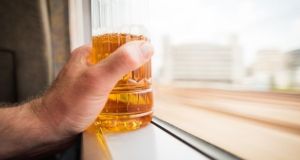 The craft beer revolution continues to take hold in Ireland with about 100 microbreweries now operating around the country, according to new research.

The Irish Brewers’ Association annual report shows the production output of microbreweries has surged in recent years during a period in which general beer consumption has declined.

The latest study reveals Ireland is the eighth largest beer exporter in Europe with volumes rising by 0.2 per cent last year. The value of such exports was estimated at €273 million, down from €280 million a year earlier.

Despite a 2 per cent fall in consumption per capita, beer remains the country’s favourite tipple, accounting for just under 45 per cent market share of all alcohol consumed in 2017. Larger is the most popular beer variant, followed by stout and then ale, which rose by 0.6 per cent last year on the back of a flood of new products on the market.

According to the association, no other country in the EU has a higher percentage of on-trade versus off-trade beer sales than Ireland, highlighting the strength of the hospitality sector. Last year, on-trade beer sales outperformed off-trade sales by 64.8 per cent to 35.2 per cent.

While Ireland is the eighth biggest consumer of beer per capita in Europe it pays the second highest excise rates behind Finland but ahead of the UK.

Ireland’s beer industry directly employs 1,064 people and contributed €424 million to the exchequer through excise taxes last year, according to the association.

Irish beer producers said that labelling measures included in the Public Health (Alcohol) Bill could hurt growth and called for “reasonable” amendments to be made to the legislation.

“We believe that the objectives of the Alcohol Bill could be achieved through more effective and less trade restrictive means, which would tackle the issue of alcohol misuse and would not unnecessarily damage this industry,” said Jonathan McDade, head of the Irish Brewers’ Association.