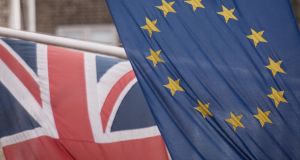 The State’s independent agency responsible for accrediting labs and manufacturers for safety standards will hold an extra meeting in March to approve any UK entities moving to Ireland ahead of Brexit.

The Irish National Accreditation Board (INAB) will hold the additional meeting to accommodate organisations applying for health and safety certification under EU rules, and designation to accredit under EU rules if they have been through an accreditation process that takes on average between nine and 12 months.

Since the UK voted to leave the EU in 2016, the board has been approving UK companies and organisations that certify products for safety regulations, which are relocating to – or establishing a branch in – Ireland ahead of Brexit.

British companies manufacturing health and safety equipment along with organisations that certify products have sought Irish designation as a “notified body for regulation” under EU regulations by the board in order to continue providing certification for products in the EU after the UK leaves the bloc.

Adrienne Duff, manager of the INAB, said that it had granted approval for six or seven notified bodies from the UK since the Brexit referendum and expects more approvals before the UK leaves on March 29th.

“The applications are probably speeding up a little bit,” she said. “Companies would have put in their own contingency plans and would have made some contact with us shorty after the vote. There has been a steady stream of inquiries to us.”

INAB has been running an advertising campaign to encourage manufacturers to assess whether products in their supply chains rely on UK-notified bodies and to urge them to change to EU-notified bodies.

Ms Duff said that a structural steel or helmet manufacturer might have relied on a UK body for safety certification but post-Brexit would need to be certified by a EU body to sell products in the EU market.

One UK company to establish an Irish base in preparation for Brexit was Satra Technology. Last year the firm was approved as a notified body by the INAB to be able to certify personal protective equipment such as helmets and gloves in the EU and to help their accredited customers comply with EU regulations.