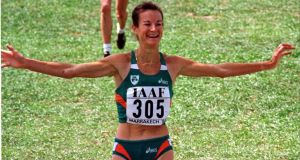 Every athlete has their own special races, and for me one of them will always be the World Cross Country.

Even as the years recede into the distance it holds plenty of lasting memories, not all distinctly positive, only all safe in the knowledge this is one of the greatest running tests of the lot.

For as long I can remember, it was a race I dreamed about competing in. Growing up as the young runner in Cobh, the World Cross Country always had a sort of magical mystique, and part of that had to do with the strong presence of Irish athletes over the years. I knew it was one of the hardest races to win, but also that the hardest athletes aspired to be a part of it, to see how they measured up against the best in the world.

It was one race where the best athletes over every distance, from 1,500m right up to the marathon, took a chance and lined up at least once in their career. It also came steeped in history and tradition, beginning with the International Cross Country in 1903 in Hamilton in Scotland, before the IAAF took it over and first staged the World Cross Country in Waregem in Belgium in 1973.

There have been plenty of reminders of all that this week on the IAAF website, building up to the 2019 World Cross Country championships, which take place in Aarhus, Denmark on Saturday.

One of the still standout moments and scenes are of John Treacy winning in Limerick in 1979, 40 years ago, ankle deep in mud, defending the title he’d won in Glasgow one year previously when aged just 20, the youngest ever winner at the time.

Over the years the venues changed but the crowds and enthusiasm stayed the same. Another of the more exciting finishes was in 1980 in Paris, when the American Craig Virgin came from behind in the closing stages to snatch victory from the German Hans-Jurgen Orthmann, with the British favourite Nick Rose in third.

And also in Boston in 1992, when on a snow-covered course at Franklin Park, Catherina McKiernan won the first of her four successive silver medals, just losing on the run-in to the local favourite Lynn Jennings. The Irish women’s team finished in fourth place that day, just outside the medals.

Boston was also the first time I got to compete, during my last year in college at Villanova. There was no junior women’s race until 1989, even though I was mad to take part, and after Boston, my next World Cross Country was in Turin in 1997, where we won team bronze medal – before the special memory of Marrakech in Morocco in 1998, 21 years ago already, and winning the women’s long and short course races, that being the first year the IAAF added the shorter race.

One of my many special memories from Marrakech was, after all the excitement of winning the race, getting to jog around the course after with Maureen Harrington, of Kenmare AC, one of my Irish team-mates on the day. Maureen was also on the team in 1997 and 2002, when Ireland won team bronze medals.

There have been lots of other thrilling women’s races since then, such as in Ostend in Belgium in 2001 when Paula Radcliffe held off Geta Wami who couldn’t quite get her fast finish started in the thick of the mud course. A year later, in Leopardstown in 2002, Ireland also won those bronze medals in the women’s team race.

Aarhus is all set to put on another spectacular event on Saturday, making special effort to bring cross country running back to people, and including mass participation races for the non-competitive runner as part of the weekend.

Still the fascination with the World Cross Country has dwindled in more recent years, particularly among European countries. It seems road races and early season track races have become more important, although an easier and more measurable option.

The fact that Ireland has six athletes competing shows that the World Cross Country is a still a valuable resource to some athletes, but one others prefer to ignore.

Most interesting is the return of Fionnuala McCormack to a surface she has mastered in the past, her best placing at World Cross Country being 13th in Bydgoszcz in 2013. Sara Treacy was our top women’s finisher in at the European Cross Country in December, and also gets to test herself against the very best in world.

Sean Tobin will see also how his 10th place at European Cross Country backs up on the world stage, alongside Kevin Dooney, the national champion, with Darragh McElhinney and Jamie Battle in the junior men’s race.

It’s just a pity we can’t produce a full team, in the senior men or women. There is always a greater purpose to cross country running when you know there are others relying on you, and it’s not purely about your own individual performance.

It’s also seems that for most runners now everything is more measured and calculated: how far one runs, how fast, the perfect pace in every race. Little is left to chance, including the test of the strength and character of an athlete. And there is no other race in the world that will test the true character of an athlete than lining up at the World Cross Country.

The fact the event has gone biennial since 2007 (when they also did away with the shorter race) should help make it something more athletes aspire to take part in, to get that true measure of how deep they can dig, even if just to improve one position as the finish line comes into view.

This is a race where only the strong survive, and to be successful does not have to mean medals, but knowing you have put yourself on the line and given all you’ve got. More than you could ever possibly give of yourself in a training session.

It’s why one of the most interesting athletes to watch on Saturday will be Jakob Ingebrigtsen from Norway. Already a European senior champion indoors and outdoors, he will start in the junior race and see how he fares in what is always one of the most competitive races where future distance champions are so often seen for the first time.

The course at Aarhus looks suitably tough, set at the Moesgaard museum, part of the course runs along the museum roof, around varying terrain and undulations of mud, sand, and deep grass. This is an energy sapping course, no chance to get in any rhythm or smooth running cheered on by crowds that have been infused with the expectation of an entertaining day at the races.

The hope is that this Saturday will remind some athletes who have chosen to bypass the event that they’re missing out, and will be more tempted to put a mark on the calendar for March 2021, when the World Cross Country comes to Bathurst in Australia.

Some Irish athletes are still more content to run road races every weekend, but to reach the next level it’s time to step out of the comfort zone, and start aiming for Bathurst.

The most dominant cross country runners are from still from East Africa, but there are full teams in Aarhus from the likes Great Britain, Australia, the US, New Zealand, Canada, Spain, and Japan, all willing to give it the proper test that it is.

To be successful in any sport, you can’t hide away in your own corner and ignore the greatest challenge of all. If you can’t see it, you can’t be it. And at least one place you are sure to see it is at the World Cross Country.