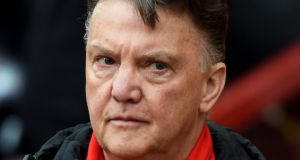 It had threatened to be a bad weekend for Wayne Rooney, but then it all turned out rather well. After 34 minutes, he seized on Nabil Bentaleb’s misplaced pass, brushed past a flimsy challenge from Eric Dier, and swept the ball past Hugo Lloris.

Rooney marked the goal with a comic celebration that alluded to the footage of him apparently getting knocked out by Phil Bardsley that had made the front page of yesterday’s Sun . The celebration instantly went viral, achieving a popularity that almost eclipsed the original video.

For United’s management and supporters, to see their captain defuse an embarrassing situation in such style was pleasing. For United’s powerful commercial arm, it was even better than that.

Last November, United’s Group Managing Director, Richard Arnold, addressed the annual WebSummit in Dublin. Arnold’s talk included the claim that United saw themselves as “a mobile-first media organisation, focused on consumable chunks of content fans can engage with on the go”.

Arnold’s position is more secure. He and his boss, Ed Woodward, have delivered outstanding results for the Glazer family. The most recent Deloitte Money League report showed club revenues had surpassed those of Bayern Munich and United were now the world’s second-largest club by turnover.

In football terms, United’s 2013-14 was a disaster, but thanks to increases in the Premier League TV deal and a 28 per cent leap in commercial income, their revenues actually increased by almost €100 million. They now look certain to overtake Real Madrid as football’s biggest-earning club by 2017.

It sounds quite logical at first: the richest clubs are, after all, usually the most successful ones. But you wonder if success on and off the field really are as closely related as Arnold suggests.

Real Madrid’s experience suggests that being the richest club brings its own peculiar problems. Madrid have been the biggest-earning and the biggest-spending club for most of the last 10 years, but it was only in 2014 that they could briefly claim to have the best team.

At Madrid, wealth has proved a poor substitute for intelligence. In recent years they’ve broken their own world transfer record more than once, and they’ve always had several of the best players in the world in their team. But the very ease with which top players and coaches could be acquired and replaced bred a culture of short-termism that undermined their efforts to put together a really durable team.

Last week, after Madrid narrowly avoided being knocked out of Europe by Schalke, Cristiano Ronaldo stood in the centre circle and directed a long stare of contempt towards the Bernabeu stands. His two goals had saved Madrid from elimination, and now his affronted pout was saying: “Are you not entertained?” Ronaldo was furious because a newspaper poll had suggested more than 30 per cent of Madrid fans wanted him dropped from the team, even though he’d already scored 39 goals in 37 games.

On one level, this remarkable scene was an indictment of what Real Madrid have become: the world’s best player reduced to a display of open disgust at the ingratitude of the spoiled supporters.

Madrid were the first club to realise that financial success in modern football has less to do with winning and losing than it has to do with eyeballs. The 2003 signing of David Beckham was the moment they announced that marketing considerations would henceforth be central to everything they did. Madrid’s executives giggled with disbelief when they found out United were willing to sell them Beckham for as little as €35 million. Within two years they were football’s biggest earners: an example to the rest in business terms.

In 2003 United were still doing things the old-fashioned way: football first. Alex Ferguson had decided Beckham was no longer good enough for his team. For Louis van Gaal and every future United manager, things will never again be that simple.