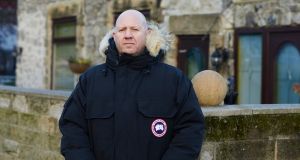 I was Barry Bennell’s captain when I was a kid. He was the Pied Piper, like everyone says, and the most amazing football coach I’ve ever seen. There was nobody like this guy, then or now.

The man could do anything with a ball. Every tournament we entered, we won everything. But it came at a price, as people are finding out now. I was lucky – I wasn’t one of the poor kids he sexually abused – but he did try it on and, when he didn’t get his way, he made sure he did everything he could to destroy me.

My team was called Pegasus but it later became Whitehill, where David White has now revealed he was abused. There was one simple reason why he kept changing the team’s name – we were so good the league didn’t want a City-affiliated team cleaning up everything.

I played with Gary Speed, David White, Andy Hinchcliffe, Paul Lake and a lot of other players who have gone to become household names. We had an incredible pool – Ashley Ward, for example, a future Premier League player, couldn’t always get in our team – and we all looked up to Barry Bennell.

My run-in with him came at Butlin’s in Pwllheli. Butlin’s used to run a competition called Boy of the Year where you’d go forward for your age group, do skills and various football routines. I was 13 and I won my year. I was so proud.

The prize was three days’ training with Gordon Banks, Bobby Moore and Emlyn Hughes; for a football-mad kid, it was like I was living out my dream. These three legends would be giving me one-on-one coaching. I was a centre-half and the idea that Bobby Moore, my hero, would be there was almost too good to be true.

“I just want to say you’ve done really well today,” he said, and blah, blah, blah. Then he put his hand on my chest. I froze. He actually picked me up and tossed me over. And then I realised what his game was. I hit him.

The next day I remember thinking to myself: “Did I dream that?” I was mentally not there. I made loads of mistakes in coaching and I remember Gordon Banks saying to me: “Are you all right, son?” I said I was fine but I clearly wasn’t.

Bennell, though, was fuming that night. “What the fuck were you doing today?” he started shouting. He was a proper bully, finger in my chest. “You fucking want to play professional football for Manchester City?”

The third day, I must have improved because I remember him telling me that I was a lot better. But I also remember thinking: “The only reason I played a lot better was because I’m frightened to death of you now, what are you going to do to me?”

I was his captain, I was his leader on the pitch – vocal, even at that age – but from that moment I lost total respect for him. I stopped listening to him and he could see it. He would drag me off, trying to humiliate me, even punch me in the chest. He was 5ft 10in and well-built, and he used to do the nunchucks all the time in his house. He made you aware that he could hurt you.

I was the kid who told him to fuck off and – I’ve thought about this so often – he realised very quickly: “He’s going to stand up for himself, this kid, he’s going to say something if I’m not careful and I’m in danger of being found out.”

He was worried I was going to spill everything and he wanted to make sure he took control. He also wanted to chop me off by the knees. He knew how desperate I was to be a footballer and that it would be crushing for me to see that dream ruined. It was all about his control – so he put the knife in.

Bennell had seen his opportunity. “It was Jason,” he said. “Don’t let him anywhere near you, lads, he’s a thief.” You can imagine what that was like: your coach telling your team-mates you’re stealing from them.

Just imagine the five-hour journey back in the minibus with all the kids looking at me in a way they never had done before. I knew what they were thinking: “We respected you, you were our captain, not any more – you’re a thief.”

He dropped me from the team, benched me and took the captaincy off me. The week after, it was the same. For three years of my life I’d had people saying I could captain England schoolboys and I had a great career ahead of me. A lot of clubs wanted me.

He dropped me, isolated me, detached me from my peers and I didn’t think I could tell anyone why. My parents asked me what I’d done to upset him, but do you really want to tell your parents you’ve been accused of being a thief? And, in my case, why?

I was a kid. Until then, all I knew was he was an amazing coach and his house was like an Aladdin’s cave for kids. For a child in the 1980s, the only time you would normally see fruit machines was in the Blackpool arcades. You walked into Bennell’s house and they were all round the sides. He had a juke box and when we stayed overnight he’d wake us up at 8am with Feed the World at full volume.

There was a pool table. He had these beautiful Pyrenean dogs. He had a wild cat. There was a spider monkey flying around the top of the room. He’d go to Swizzels Matlow, a sweets manufacturers in New Mills, and bring back boxes of toffees – drumsticks, refreshers, snap and crackle bars. For a kid it was: “Oh my God, what a place.”

You’d put 5p in the games machines and the back was open anyway so he’d give you back the money. Everything he did was for a reason. Kids would be thinking: “I want to go to his house, I want to be here.” He had a waterbed. He drove a Mercedes 190E convertible.

You’d go to a room and he had all this Le Coq Sportif stuff lying around. “Help yourself to some boots,” he’d say. Peter Reid boots, they used to call them. “Take what you want, whatever you want.”

Monday morning, you were the trendiest kid in school. He told us he was a sales rep for Le Coq Sportif. Or he’d take kids to the Umbro warehouse that a guy called Frank Roper – who had another junior team in Manchester – ran in Cheetham Hill.

“I’m not sure it’s working here lads,” he said. “There’s going to be a project at Crewe Alexandra and I’ve got a good contact there.”

We just looked at him. Crewe Alexandra? From the fourth division? As a 14-year-old boy, I never knew what he’d found. Later it became clear. He’d found Dario Gradi, who was his mentor at Chelsea. Bennell had been a kid at Chelsea but told us he had to stop playing football properly because he had brittle bones.

He left us for Crewe and it was a long time afterwards, many years, before he was arrested in the US and locked up. I saw the Dispatches documentary in 1996 and I sent a letter to Bennell when he was in Jacksonville prison.

I was 27 by that point, I was happy, I had done well in business and I wrote to him to let him know: “You’re a horrible man, Barry, I know everything about you, I know there’s hundreds more, maybe thousands, and I rumbled you. You fabricated a story to destroy my chances of a football career. But guess what? I’ve now found another career, I’m happy, so fuck you, mate.”

He didn’t write back. And yes, you might be shocked when I say thousands but I’m not exaggerating. I really believe it. I left him in 1984 and he didn’t go to prison in England until 1998.

Think of all the years before then that he was coaching kids with teams in Greater Manchester, Staffordshire, Cheshire, Derbyshire and all the rest. Think of how long he was coaching, going all the way back to the 1970s, and what might have happened in between his court cases.

I’ve met people before who I’ve recognised from the past. “I recognise you,” I’ll say. “Didn’t you play for Barry Bennell?” Then they clam up. “Ah, I don’t want to talk about it.”

He worked with football teams everywhere. He took teams all around the world. We’re talking about access to hundreds upon hundreds of kids. I’ve just been waiting for someone to tell this story. Andy Woodward has had the bravery to do that now and I really think we’re looking at another Jimmy Savile. Jason Dunford was talking to Daniel Taylor Guardian service