Montagu and North Fenham: The boys club at heart of north-east abuse scandal

Victim of sexual abuse Derek Bell: ‘The culture was seedy and the place was dirty’ 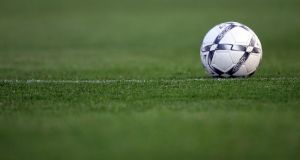 The Montagu and North Fenham boys club has a proud status in the historic football heartland of Newcastle, formed in 1948, with 70 coaches today running 31 boys’ and girls’ teams, playing to a high standard which has nurtured several outstanding alumni. Yet as the enormous scale of past sexual abuse in the sport has begun to emerge over the last fortnight from years of suffering and silence, this home of football in the west end of Newcastle has been exposed as one of the clubs which was targeted for decades.

The Guardian now understands that two men who were later convicted of child sex abuse crimes were involved at the club for years, with complete access to the boys. This week the former “Monty’s” midfielder, Derek Bell, who progressed to sign as a professional for Newcastle United in 1979, finally waived his anonymity to talk about the “horrendous” abuse he was subjected to over four years before that by his former coach at the boys club, George Ormond. Principally on Bell’s evidence, Ormond was convicted in 2002 and sentenced to six years in prison for 12 indecent assaults on seven boys committed between 1975 and 1999.

Another man involved at the club, David King, who claimed a helping role in advancing the career locally of the former Newcastle United and England star Alan Shearer, was also convicted in 1997, of sexual offences against a 10-year-old pupil at the school where he was the headteacher. Like Ormond and the club’s chairman of the time, Dick Almond, King was a stalwart of north-east junior football, well-respected and apparently respectable.

Bell was not the only player to graduate from the boys club to a professional career, which in his case was agonisingly cut short in 1983 after just four Newcastle first-team matches, by a knee injury sustained in a reserve match against Manchester United. Kevin Richardson, who progressed to win Football League championships with Everton in the 1980s and played for England, is also a Monty’s old boy, as is John Carver, whose own playing career was cut short but who rose through coaching ranks to become Newcastle’s manager last year.

Now Derek Bell has followed other footballers to speak out publicly about the abuse he suffered as a boy. Groomed by Ormond, he describes a “seedy”, sexualised culture at the boys club, pervading in a grimy, rundown landscape of filthy changing rooms, cold showers and muddy pitches. Ormond would have the boys exposing and comparing their private parts in the changing rooms, he says, encouraging them to have nude play fights and joining in with them, and he recalls King working in the canteen, also acting inappropriately.

For a time, Ormond is said to have taken charge of the treatment room, so had boys in there with the doors locked, according to Bell and other sources close to the club. Bell feels that Almond was complicit, and remembers him watching boys in the showers, although he does not believe the former chairman, who is now dead, was an abuser himself.

“It was on a daily basis, telling the boys to expose themselves, touching you in the changing rooms,” Bell recalls. “We thought it was football banter and craic at first, but when you think about it now, it was totally inappropriate. The culture was seedy and the place was dirty, scruffy, there were locked doors; it was a dungeon.”

The alarming, sexual culture deepened for Bell into serious abuse when he was targeted by Ormond, who used Bell’s talent and prospects for a professional career to blackmail him into conforming. Bell describes it as “horrific, horrendous,” causing lasting “mental torture;” he has been divorced three times, made three attempts to kill himself and has now been diagnosed with post-traumatic stress disorder. After he signed as an apprentice footballer for Newcastle United in 1979 and left the boys club, Bell believes Ormond “weaned off” him, and he fears that other younger boys may then have been targeted for grooming and serious abuse.

Those recollections have been supported by another former player at the boys club, who contacted the Guardian to talk about it, wanting to remain anonymous. Giving his name as Phil, he said he joined the club aged 10 1973, and played until 1981. He described a similarly sexualised culture and “systematic abuse” which he witnessed, saying he too believes that Ormond moved on to other boys because there was always “a new batch coming through”. Phil said he had been traumatised, needed therapy and that his life had been “ruined”, partly because he always felt guilty that as the captain of the team in his age group, he could not protect the other boys.”

“I remember having feelings of guilt, resentment. These boys were my friends, good mates,” he said. “They always picked on the boys who were vulnerable, and there was nothing we could do.

“It was an eerie sort of place. Dick Almond was this very big, powerful person and I believe he orchestrated everything. He wielded all the control at the club and knew exactly what was going on. It was Dick who made the rules. We were told that we couldn’t wear underwear. At first we thought it was to make us tough but then we realised what was going on. They would rub this liniment oil on our legs, and their hands would always go where they shouldn’t. It makes me feel ill really, thinking about it now.

“There were always rumours flying around about Ormond and what he was doing to the boys. And then there was also Dave King; he was always in Dick’s office and was one of those who would rub the oil on our legs. I remember it being in this mustard bottle; they would rub it in using their thumbs and then it would lead to other stuff with some of the boys.”

Phil recalls that Ormond tried to groom him by giving him lifts home from the club, the same method by which his abuse of Bell escalated to more serious sexual acts in car parks. Ormond won the trust of Bell’s parents and began to stay overnight at his home, where more serious sexual abuse took place. Phil himself feels he was lucky to have escaped that fate, but believes that other boys suffered over the many years in which Ormond operated at the club, including on trips away to a military training camp in Billsmore in Northumberland, and to London.

“They would pick particular boys and abuse them for a number of years before moving on to others,” said Phil. “They got away with it for years because it was a transient life and there was always a new batch of boys coming through.”

The current chairman of Montagu and North Fenham, Gary Arkley, says the club bear no resemblance now to that horrific past. ‘It is a family run club now,’ he says.

Like Bell, Phil said the boys all felt they could not tell their parents or anybody in authority what was happening at the club. Bell finally went to the police in 2000, 21 years after he left the boys club, after confronting Ormond at his home carrying a concealed tape recorder, and securing enough incriminating admissions for Northumbria police to mount an investigation. However he is critical of the police for not fully investigating Ormond’s activities and King, and the club’s culture over three decades. He also accuses Newcastle United of a cover up for failing to notify police or mount their own inquiries after Bell notified them of Ormond’s past abuse when he discovered Ormond was working in the club’s youth system in the 1990s.

The current chairman of Montagu and North Fenham boys club, Gary Arkley, told the Guardian that it bears no resemblance now to that horrific past. The club has 400 young people playing organised football regularly, with 26 boys’ teams and five girls’ teams, run by qualified coaches who are almost all parents with children in the club. The club has the FA’s charter standard, which includes implementing the mandatory modern child protection procedures, and has qualified for Football Foundation grants to improve the changing rooms.

“There is not a single person at the club now who was there in 2002; I am one of the longest serving and I have been at the club 12 years,” he said. “It is a family run club now; almost all the coaches are parents; my son plays here, the coaches have full qualifications, we have all the welfare and attend the workshops required by the FA.

“I totally agree and understand why people have decided to come forward about this [CHILD ABUSE ]now. We know it is crucial to prevent this ever happening again here, and we do everything we can to prevent it.”

The club has close links to the modern, Mike Ashley-owned Newcastle United and expects five players to graduate to the professional club’s academy next year. Its good name is restored in the boys club structure which has populated north-east football for decades, but light is only now beginning to be shone on the horrors of its recent past.