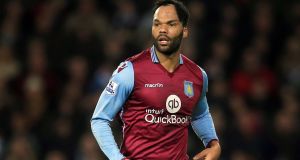 A free agent following the decision by AEK Athens to terminate his contract in November, Lescott hopes Moyes, his old manager at Everton, can help revive a career that foundered at Aston Villa last season.

Sunderland trust the 34-year-old former England and Manchester City centre-half – who can also operate at left-back and has been training with them while on trial during recent days – will provide the Premier League’s bottom side with some much needed defensive nous and stability.

Should Patrick van Aanholt’s proposed €14 million move to Crystal Palace proceed, Lescott could find himself deployed as left-back as Moyes has no specialist cover in that position.

Not that Sunderland’s manager is exactly brimming over with options at centre-half where Papy Djilobodji is facing a four-game suspension after being charged with violent conduct following an incident involving West Bromwich Albion’s Darren Fletcher at the Hawthorns last Saturday.

Lamine Kone is away on Africa Cup of Nations duty with Ivory Coast. Perhaps significantly, Kone is still wanted by Everton and has a release clause in his contract.

A more realistic recruit is another former Everton defender, with Moyes keen to be reunited with Phil Jagielka.

Palace, meanwhile, will insist Van Aanholt undergoes a rigorous medical after routine scans detected a potential heart complaint earlier this season. Subsequent tests on the 26-year-old Dutchman indicated that there was no significant problem and it is thought the initial results may have been skewed by a virus the player had been suffering from at the time.

Sunderland’s worst fears for Anichebe were also realised on Tuesday when he was ruled out for 10 weeks after having scans on a knee injury sustained during Saturday’s loss to West Brom. The 28-year-old Nigerian is not expected to return until April.

With eight senior players currently injured and three more away at the Africa Cup of Nations, Moyes’s already slender resources are stretched to the limit and he could certainly do without yet another body in the treatment room.