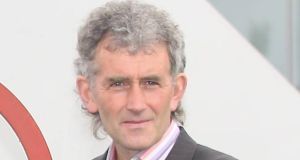 Jerry Kiernan has died at the age of 67. Photograph: Lorraine O’Sullivan/Inpho

Irish athletics and the wider sporting community has been deeply saddened by the death of Jerry Kiernan, the 1984 Olympian and two-time winner of the Dublin marathon, who also coached several Irish champions in more recent years.

Kiernan was aged 67 and had been unwell in recent months. A native of Listowel in Kerry, he lived most of his adult life in Dublin, where he died on Wednesday night.

Among his many lasting achievements in athletics was winning the Dublin marathon, first in 1982, which the curly-haired Kiernan completed near solo in a cracking 2:13.45 and which for years after stood as the course record, and winning again 10 years later in 1992.

He also finished ninth in the 1984 Olympic marathon in Los Angeles, considered one of the best marathon fields ever assembled, the spotlight on that fine achievement naturally taken away by John Treacy’s silver medal-winning run. Kiernan ran his lifetime marathon best of 2:12.20 in early 1984.

A lifelong member of Clonliffe Harriers AC, and a retired national school teacher, in recent years he coached the likes of Joe Sweeney, Maria McCambridge, Ciara Mageean and John Travers to national titles on the track and in cross-country, staging regular training groups around the UCD campus. He was also a straight-talking panel member of RTÉ’s athletics television coverage.

In all, Kiernan represented Ireland 17 times between 1975 and 1993, including seven times in world cross-country championships, and won five Irish titles, from the 1,500m to the marathon, and also national inter-club and inter-county cross-country titles.

3 Frustration for 14-man Ulster as Leinster machine rolls on