Angling Notes: Otters have been much maligned, but this fisherman was grateful 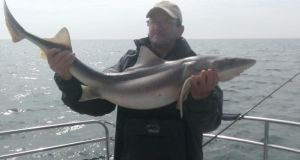 It was almost certainly the publication of Tarka the Otter that marked a sea change in attitudes to the otter. For centuries it was simply accepted among country people that the only good otter was a dead one, but Henry Williamson made us realise that the otter is a very special animal indeed.

And he did it just in time. By the 1960s persecution and habitat loss had reduced the population of otters to dangerously low levels, from which more recently they have happily recovered.

In the late 1930s in Scotland, though the otter was equally disliked for eating salmon and trout, it had the great advantage of space. Despite their often resentful attitude to otters, at least one fisherman had reason to be grateful to these much-maligned animals.

The fisherman in question had had a terrible day on a remote northern spate river. He knew the river well and had fished it often, with some success, but this day was turning into a nightmare.

By five o’clock he decided that enough was enough and began the long walk back to the lodge. This took him along the riverbank, whereupon he saw something both comic and out of the ordinary. A young otter was battling to pull a big salmon from the river by its tail.

In astonishment for some time before realising this could be his chance to redeem a disastrous day, he walked briskly towards the otter, which dropped the fish and ran off.

The fisherman reached the lodge an hour later with a fresh-run springer of nearly 10lb, but had the decency to admit that a far better fisherman than he could ever hope to be had really caught the fish.

Excerpt is from Fishing’s Strangest Days, a fascinating collection of angling’s most outrageous stories that almost seem too peculiar to be true.

Low pressure adds to the pressure

Most of the 22 fish caught opted for a variety of spent gnat patterns. Fishing the greens and spent usually happened in late afternoon; the sedges made their appearance at dusk but numbers were sparse.

Success, in the main, focused along the western shore of the lake, and the heaviest trout, at over 4lb, was caught using a spent gnat pattern at Holywell.

A group of boat anglers had a brilliant day’s fishing with charter skipper Kit Dunne out from Wicklow Harbour last weekend. In ideal weather conditions, the group encountered plenty of smooth-hounds, some well over specimen weight.

Bert McGregor excelled with his best fish and first specimen of 2020 weighing in at 20lb 8oz (just 4lb shy of the Irish record). His second specimen tipped the scales at 16lb 4oz.

Specimens were also recorded by Des Chew (12lb 4oz) and Dan Smith (13lb 9oz). All fish were caught on crab.

Based on last year’s specimen returns, Wicklow is definitely the home of the smooth-hound, with 97 out of 106 recorded specimens derived from this venue.