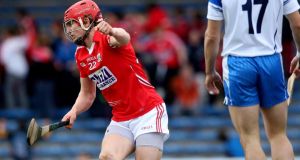 Everyone knows the script after games like that. Pub wisdom dictates that the favourite will win the replay, and that the underdog missed their chance first time out.

When the underdog was nine points up midway through the second half, then the sense of inevitability about the replay going along expected lines becomes overpowering.

Yet despite the fact that Cork got out of jail yesterday and Waterford are now supposedly bound by tradition to roll over in a fortnight’s time, Waterford’s Derek McGrath was clearly the happier manager after yesterday’s thrilling draw at Semple Stadium.

“We’re just so happy, given the injuries and everything. It’s not that we played to our potential but we gave it everything. The game was to and fro, and of course it was loose in places but when you get that from the lads you have to be happy.”

Only McGrath knows whether some of his young debutants would have been given the chance to shine on the Munster championship stage if he had been working with a clean bill of health, but if every Waterford hurler past and present was fit to line out in Semple Stadium for the replay, McGrath would find it hard to drop Austin Gleeson after his tour de force yesterday afternoon.

“Austin clearly took the bull by the horns and enjoyed the occasion but overall we’re really happy with the young lads. He dominated the minor championship from centre back and ultimately I expect he’ll go down the Ken McGrath route of ending up back there.” In contention Of those waiting in the wings, McGrath mentioned just two players that he expects to be back in contention for their next outing.

“Darragh Fives and Stephen Molumphy are not too far away, they trained Friday night but they just weren’t quite ready for this.

“The others are long-term casualties and we were delighted to get what we did out of the lads that stepped in. We had the distinct advantage of coming in under the radar, at least in terms of outside perceptions. I don’t think Cork are naïve enough to believe that we weren’t going to be able to put in a performance but they certainly know a lot more about us now.”

Cork manager Jimmy Barry Murphy suggested that his team could easily have won the game and he was quick to agree when it was put to him that Alan Cadogan might have been fouled in the build up to Seamus Prendergast’s late point. Sluggish yet if they had prevailed, it would have been on the back of just 20 minutes of decent hurling – leading to the question as to whether their lack of top-flight hurling in the spring was a factor. “We’ve had a good break since we played Tipperary in the quarter-final of the league here. That day we were the same, very sluggish, but we got going towards the end.

“We’re just not getting to the pitch of the game as much as we’d like and I don’t know if it’s on account of playing in 1B, but it’s definitely a relevant question.”

I was no surprise that he cited the comeback as the most satisfactory aspect of the game, all the more since it was achieved with so many players underperforming in his view.

“Things didn’t look good, nine points is a significant lead. That’s one thing about our team.

“We always seem to show great character. I expect that from the lads but by their own high standards, a good few won’t be happy overall with their display.”

If nothing else, the draw may not suit both teams as the winner of the replay will have just a week to prepare for Clare in the semi-final and Murphy felt he’d be a lot happier if his team were out again next week.

“I would (prefer to play this coming week), yeah. The winners have to play Clare the week after the replay, which will be tough going. It’s disappointing, but that’s the way it is now.”