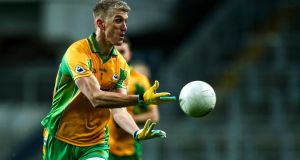 Galway and Corofin All-Ireland football medallist Kieran Fitzgerald has announced his retirement from the game at the age of 39 after a long and distinguished career, which yielded six All-Irelands.

At the age of 20 he was corner back on the last team from the county to lift Sam Maguire and earned an All Star later that year. The following season he was full back for the under-21s, also under the management of John O’Mahony, who beat Dublin in the All-Ireland final.

Since retirement from the county game nine years ago, he has remained in the spotlight because of his exploits with the club.

After defeats by eventual All-Ireland winners Kilmacud and St Gall’s in successive semi-finals at the turn of the last decade, Corofin went on to win four of the last six titles, including this year’s unprecedented three-in-a-row, which has seen them described as the best club team in the championship’s history.

Fitzgerald was nearly there for all five of the club’s All-Irelands but narrowly missed the inaugural win in 1998, which was also the first for Connacht, even though his minor contemporary Kieran Comer came on as a sub in the final.

Announcing his decision to retire to the Tuam Herald, he said: “It’s hard to put into words the enjoyment and satisfaction I have experienced while playing the sport I love for over 30 years. It was an absolute honour to play for Corofin GAA club and for Galway. Although we had ups and downs, I loved it and if I could do it all again – I would!”