Rugby's Kearney brothers down the oval ball and go for gold

Sponsored by The National Dairy Council 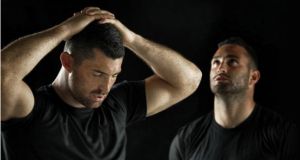 Ireland and Leinster rugby players and brothers Rob and Dave Kearney know what it takes to stay in optimum condition on and off the pitch. They are at the top of their game and aren’t afraid to push themselves that extra mile to achieve the right results.

But what if they were taken out of their comfort zone, their “tribe” so to speak and put into another sporting arena instead. How would they perform then?

That is exactly what happened when they went head to head with some of Ireland’s hopefuls in this year’s Olympics.

The brothers are involved in a new campaign called Powered by Dairy, run by the National Dairy Council (NDC) in which we see them take on a range of different sports, everything from boxing to rowing and diving to fencing, with an Olympic athlete from that field. For example, we see Dave Kearney sparring in the boxing ring with David Oliver Joyce and Rob Kearney swimming a length in the pool with Paralympic hopeful, Ellen Keane.

The brothers obviously had fun making the videos and the audience gets to see moments of sibling rivalry, sportsmanship and trepidation even, in taking on some of the tasks.

Chief Executive of the NDC, Zoë Kavanagh said the idea for the campaign came about as they wanted to strengthen the recognition of dairy benefits within the context of sports, especially when it comes to recovery and rehydration. Some of the athletes discuss with the Kearney brothers their diets in the build up to a major sporting event and how things like porridge, milk and yoghurt play a huge part in their preparation and recovery.

Head of Performance Nutrition at the Institute of Sport, Dr Sharon Madigan is currently in Rio advising the same athletes on what they should be eating during the Olympics. She says it’s vital that all athletes and sports enthusiasts get a balanced diet from all food groups.

“For me as a practitioner in clinical nutrition and sports nutrition, dairy allows you to get a number of different nutrients at one time. I would push our athletes to use milk for rehydration or recovery as opposed to a sports drink. That is an example where it would be a good alternative.” This is a fairly new concept, drinking a glass of milk after a marathon for example, but one we are going to hear more about in the future when it comes to recovery after any sporting event.

In the making of the videos, the Kearneys were deliberately taken off the rugby pitch and put into other sporting challenges, so firmly out of their comfort zone. “In order to effectively engage with people, when it comes to sports, you need to make yourself relevant to whatever tribe you’re speaking to as sports is quite tribal,” Kavanagh says.

In one clip we see footage of Dave Kearney going into the boxing ring with David Oliver Joyce.

“For a boxer it’s all about footwork and being nimble, it’s about motion, timing and positioning and you can see the juxtaposition of a more bulked rugby physique (like Kearney) being challenged,” Kavanagh says.

In another clip, we see Rob Kearney with swimmer Ellen Keane, who will perform for Ireland in the Paralympics in September.

“Rob considers himself to be a good swimmer and Ellen gives him a 25 metre head start and still beats him, not by much and I think he was flattered when she says, ‘I thought I’d beat you by more’,” Kavanagh says.

What’s especially nice about the short films is the interaction between the brothers, who rarely give joint interviews. We get to see a healthy dose of playful mockery and rivalry whilst quietly cheering the other brother on.

Another pair of sporting brothers, Olympic silver medalist rowers Gary and Paul O’Donovan show the Kearneys how they work as a team, but it’s the rugby boys’ rivalry that comes to the fore in a race-off between the two. No spoilers. The viewer can see who came out the victor.

All this is part of a campaign which the NDC has spent a lot of time researching. Within this they have pinpointed three key groups in society that really benefit from a balanced, all-inclusive diet.

“There are entry level triers, these could be couch to 5km people who want to get involved in sports for social and health reasons. Then we have doers, these are people who are into a regular health and exercise pattern, be it school going, university going or just within a work/life balance context and then you move into the more committed group, we call these devotees. They are performance orientated,” Kavanagh says.

She says these are the people they are trying to enlighten about the benefits of dairy when it comes to performance and recovery.

However, for one reason or another, many health conscious people may even be excluding some food groups from their diet, including dairy.

There are legitimate reasons for excluding dairy from a diet, for example, if a person has been diagnosed with a lactose intolerance. However, there are a number of “celebrity led” exclusionary diets being undertaken by people at the moment according to Kavanagh.

Madigan agrees saying wheat free, gluten free, dairy free and veganism are all examples of exclusionary diets and for her, that’s a worrying trend.  That’s why this campaign’s tagline is Fact Not Fad.

“What you see now on social media are diets that have an exclusion element to them and for me alarm bells go off when people say they are going off lots of things. It gives people who may have eating disorders or behaviours or those who may be struggling with body image something for them to latch on to. I worry about where people are getting the nutrients that they need and if those diets are balanced and in the long term, can it have an effect on long term health, be it physical or mental.”

Madigan says she is ensuring that nothing is excluded in Rio and that all athletes get a proper well balanced diet, hopefully bolstering Ireland’s chances of coming home with a medal or two this time round.

To see the Kearney brothers getting put through their paces, visit NDC.ie.