Multinationals have set up operations in towns and cities around the country, creating thousands of jobs through direct employment, and boosting the local economy 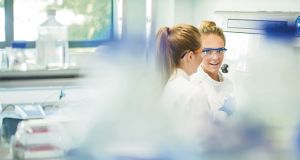 Last year Wasdell announced their plans to build a new pharmaceutical packaging, testing and distribution facility facility in Dundalk, using the space as a hub for servicing the European market post-Brexit

Finding skilled employment in some of the lesser-populated or non-urban areas of Ireland has for a long time presented something of a challenge to locals.

Historically, we have seen young adults leave their homes in the regions in order to pursue a varied career, taking with them the lifeblood and heartbeat of the town. Many crave the adventures that await them in a capital city, but others favour staying at home, close to family and friends.

Until recently, they may not have had a choice, but more is emerging, with thousands of skilled roles being created around the country, much of it as a result of FDI companies choosing towns and cities that were previously overlooked.

One of these is YapStone, a global payments company that last year announced investment of €41 million in the creation of 200 new jobs at its international headquarters in Drogheda, Co Louth.

It already employs 125 people and is currently recruiting Dutch- and German-speaking customer services staff. It will also be hiring skilled engineers and quality assurance analysts over the next five years.

Peter Rowan, executive VP of International and Global Customer Support at Yapstone, says the upshot of being based in Drogheda, as opposed to Dublin, is a better quality of life for employees and more productivity within the company.

“About 50 per cent of the current staff is from the Drogheda region or they live 15 to 20 minutes from the office. They no longer have that commute to Dublin. I hired a person in November who was doing a 90-minute trip each way, every day. Now she does a 12-minute commute. It has improved her quality of life, she can spend more time at home with her family, she is less stressed when she gets to the office and she’s more productive and very engaged.”

Dundalk is also set to benefit from a €30 million investment by pharma packaging firm Wasdell. By the end of the year, it plans to have built a new facility in the town, creating 300 jobs.

Choosing to be based in a region as opposed to a capital city, or a second city, has major benefits for the local community, as well as the company, managing director of Wasdell Mark Daly says.

When a Yapstone or Wasdell opens in a region of the country, it creates clusters of activity around those regional hubs. Workers from Monaghan or Meath, for example, can travel to work in Dundalk or Drogheda, as opposed to heading south to Dublin, he says.

“Dublin is too expensive from both a land and a personnel point of view. We deliberately wanted to not be in Dublin but also not that far away as we have lots of potential and existing clients in the city and we didn’t want to alienate them. We are 45 minutes from Dublin airport and not much further to Belfast airport either.

“I’ve met locals who work further south and they are excited about the prospect of being 10 minutes away from work.”

The creation of several hundred jobs has a positive knock-on effect for the local economy too and it anchors other support businesses in the area, with increased discretionary income spent in local towns.

Regeneron Pharmaceuticals recently announced the creation of 300 skilled jobs at its Limerick facility, with an investment of $100 million, bringing the total number of jobs there to 800. Niall O’Leary, VP and site head of Regeneron in Limerick, says he has seen a dramatic change in the city since the company set up there four years ago.

“I think that the beginning of that change came with companies like ours. When we were setting up we had about 1,200 contractors working on the construction of the site. That’s a lot of mouths to feed, cars coming in to fill up with petrol and diesel every day, B&Bs to lay their heads and pubs to relax in after work.

Shannon airport also got a lot of money from extra flights, as well as the taxi cab companies we employ – everybody started to get some money out of it,” he says.

Many other ancillary businesses benefit from a large multinational like Regeneron opening in a region, also creating thousands more jobs.

It goes with our culture; we don’t want to fight with the big boys. We employ 600 people globally and we can’t compete with those kinds of salaries and nor do we want to

In terms of costs, choosing a town like Drogheda made sense to Yapstone; its sister site in the US is located in Walnut Creek, 16 miles outside San Francisco.

“It goes with our culture; we don’t want to fight with the big boys. We employ 600 people globally and we can’t compete with those kinds of salaries and nor do we want to. The IDA was very instrumental in helping us find a location and the talent pool is here,” Peter Rowan says.

It’s a similar story for Regeneron which, having been shown several sites around Ireland by the IDA, settled on Limerick.

“In the States, we’re east-coast based so I think it felt like home. Limerick is somewhat like Albany, New York, where our sister site is. Limerick and Albany may not be as glamorous as New York or Dublin but we figured Limerick was a city that had potential to rise and we could play a small part in its metamorphosis,” Niall O’Leary says.

“It was a no-brainer really, given the large vacant site that was already there, which we gutted and repurposed quickly. It’s in a business park and we took into account things like its proximity to the motorway and Shannon airport. One of the VPs wanted to be able to fly back and forth to New York in a single day, so it was perfect,” he adds.

As the jobs being advertised within Regeneron are highly paid, highly technical roles, O’Leary says there’s an expectation that the skills and expertise will be readily available and companies like theirs are willing to pay for it. To ensure they attract the best people for the jobs, they are partnering up with universities in order to bring in younger employees, who they can train. They currently have alliances with the University of Limerick and are starting an intern programme with Limerick IT.

Back in Dundalk, Mark Daly says he likes the fact that Wasdell’s new plant is close to the border, equidistant from both Dublin and Belfast. “Should we get either a hard or soft Brexit, we’ll be okay in both scenarios”.

With more than 400 expressions of interest in employment so far, he has no doubt he will fill all roles. “This number of jobs really will add to the local economy. We had that when we started our factory in Swindon [England]. All those families can afford to do things like eat out, shop, and spend some money, so it’s a general feel-good factor for the local area.

“The majority of jobs will be in keeping the lines running but we will also require skilled engineers, quality control personnel and floor managers, as well as general support staff,” he says.

State-of-the-art infrastructure is key to the continued success of the regions around Ireland and O’Leary says he has seen “massive improvements” in this regard.

A snapshot of growth

As a part of the development, Jaguar Land Rover has agreed a partnership with online education provider Udacity, which specialises in courses such as automated driving, artificial intelligence, robotics and data analytics. These courses will provide the skills to support Jaguar Land Rover’s engineering capabilities and ongoing technological innovation.

Late last year, MetLife announced the recruitment of 200 skilled IT professionals for its new campus in Galway, bringing the total number of employees in Ireland to 500. The new state-of-the-art offices in Galway feature informal meeting rooms which promote innovation, writable walls and integrated video conferencing, as well as a meditation room, a games room, and adjustable sit/stand desks.

Speaking at the office opening in November, Michel Khalaf, president of MetLife US and EMEA said: “This is confirmation of our strong and successful link with Ireland and represents a vote of confidence in that relationship into the future.”

Janssen Sciences Ireland UC announced an expansion of its Ringaskiddy, Co Cork, facility, providing employment for up to 450 people during construction and an extra 200 people once completed.
The expansion plans involve an investment of more than €300 million that will increase the existing manufacturing space by an additional 19,100sq m.

STATS, the worldwide leader in sports data and intelligence, late last year announced the opening of a new office in Limerick, creating 30 full-time roles, as well as 100 part-time roles, making it the largest sports technology company in Ireland.

Ireland will serve as its regional headquarters, overseeing European, Middle Eastern and African (EMEA) operations. STATS will set up a temporary office in the city as it looks for a permanent location.