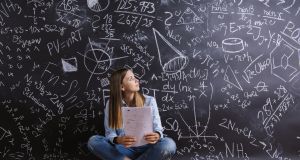 Working it out: “Ireland has more role models in terms of women at the top of Stem companies, women like Anne Heraty at CPL, Louise Phelan at PayPal and Cathriona Hallahan at Microsoft”

The concept of positive role models and their capacity to entice young people, especially women into careers in science, technology, engineering and maths (Stem), is a much-discussed topic these days.

International statistics show that women are under-represented at senior management level and that female participation rates in Stem-related disciplines are surprisingly low.

In Ireland, as in many other countries, only a quarter of people working in science, technology, engineering and maths are women.

The child-bearing years are seen as a barrier to promotion at industry and academic level, but how much of this comes down to policy or personal choice?

Regina Moran, chief executive of Fujitsu in the UK and Ireland, sat her Leaving Cert at a time when primary school teaching was seen as a more obvious career path than engineering. Moran says her college options were limited by having ordinary-level maths but she still managed to work her way to the top.

She studied for a certificate in electronic engineering in Waterford and later a diploma programme at Cork Institute of Technology that focused largely on computers.

She then worked her way up from an electronic technician to a hardware engineer working on mainframe computers; by 27 she was managing a team of the top technical engineers in Ireland.

Moran, a mother of three, says it is hard for women and men to have it all and that care issues are not confined to women.

“My husband and I couldn’t both have high-flying careers and travel all over the world and raise a family, so I think there are choices that people need to make,” she says.

“Men and women want a high-flying career and children but it’s very hard to have everything and have a quality of life with your family. I think employers understand that more and more. Choices do have to be made and everyone’s situation is different. Flexibility does need to be a key on behalf of employees, not just in Stem but in all industries.

“It’s more difficult to be a parent these days. Schools require more participation from parents and more is expected from parents. Children do more extracurricular activities and you want them to be involved so it can be hard to strike the balance.”

Moran says a career in the Stem field is no more demanding on parents than other careers and everyone’s situation is different.

“The make-up of families is different now. It’s hard to be prescriptive about it from an employer’s point of view because every parent’s situation is different,” she says.

“People go through different cycles in their lives and flexibility is needed depending on where they are in their life cycle. People starting out in their careers or in their 20s want to travel or when they hit their 30s they may want to start a family.

“These days, companies are a lot more flexible with childcare arrangements and increasingly people have to look after elderly relatives. Childcare is not the only challenge; companies need to be flexible with all employees.”

Moran says there are more female role models for young Irish women who want a Stem career than ever.

“In Ireland there are a lot of women in senior roles at the top: women like Anne Heraty at CPL, Louise Phelan at PayPal and Cathriona Hallahan at Microsoft. Compared to our European counterparts Ireland had more role models in terms of women at the top of Stem companies,” she says.

“I was president of Engineers Ireland in recent years and was the third woman in 178 years to do so. There is a way to go but it’s about getting out in front of young women and showing them other women who have blazed a trail.”

Professor Christine Loscher, director of DCU’s new Health Technologies Research and Enterprise Hub, says the Stem academic arena is a tough place to be for women and men because promotions are competitive.

She cites the Athena Swan charter to which universities sign up in order to remove any potential blockade to women progressing, particularly in the Stem area.

Loscher says key factors for promotion in Stem are research and research performance.

“That is difficult to maintain while on maternity leave because you’re replaced on your duties. Research is so personal and you can’t have someone come in and cover that. Things like publishing papers, writing grants and supervising PhD students, which are all key for promotions, are all things that can potentially suffer when women take long periods of leave,” she says.

Trying to come up with ways to lessen the impact that time out has on your career is a key focus now for universities, says Loscher.

“Trying to decide what is an issue for an academic or a woman is difficult because it is very competitive in academia right now; the bar is very high,” she says.

“Women still take the burden of childcare responsibilities though. Not only do they take maternity leave but they don’t travel as much as their male colleagues to conferences and meetings for networking.”

The biggest challenges are confidence, applying for senior roles and career progression related to travel which is difficult when you have small children, says Loscher.

“Women have come back to work after maternity leave and if they apply some time after for promotion and don’t get it, they can get disheartened and then they make a decision not to apply any more,” she says.

“One of the stumbling blocks for women progressing is that they don’t apply for promotion. They don’t think they have enough in their portfolio and that’s a confidence issue.

Loscher agrees with Moran that women progressing can be down to personal choice rather than policy.

“When women aren’t present at a higher level in a company or in academia it is because they are not applying for these roles. There’s lots of reason women don’t progress and some of it has to do with personal choice and circumstances that no policy is going to be able to address,” she says.

Also in this Special Report

2036: Scenarios on the future of learning

Many students intimidated by Stem subjects

Are Ireland’s schools preparing students for work and business?