Video gaming is about as dangerous as Beatlemania 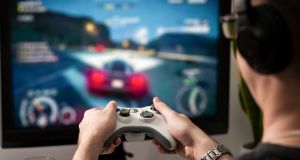 A nine year old British girl has just been packed off to an addiction centre after her parents noticed she had become so consumed by the popular Fortnite video game that she would wet herself rather than leave the game momentarily to go to the toilet.

The media-led moral panic about video gaming may well be as inane as a previous social panic about the bicycle - upon its invention there was a genuine fear that the art of conversation would be lost as people would be too busy pedalling to stop to talk - or that Beatlemania would undo the very fabric of society.

But as of yesterday , the United Nations agency, the World Health Organisation, has listed compulsive video gaming as a mental health condition in its latest updating of its disease classification manual.

It is significant in that this bona fide classification will allow those who overdo it a bit with video gaming to be treated (where applicable) in the public health system or to claim back the cost of treatment on their medical insurance if seen privately.

WHO now describe “video gaming disorder” as “ increasing priority given to gaming over other activities to the extent that gaming takes precedence over other interests and daily activities, and continuation or escalation of gaming despite the occurrence of negative consequences”.

To many serious gamers, that above paragraph would represent a level of focus and concentration to aspire to and not something to be labelled a “mental health condition”.

Since the World Health Organization was set up in 1948, it has played a vital role in the eradication of diseases such as smallpox and malaria; it has done sterling work in advancing the knowledge base of sexual and reproductive health and is leading the fight against HIV/Aids. Quite where Pokemon Go fits in here is a mystery.

Even allowing for the fact that WHO officials might recently have been on a Zeitgeist Awareness training day, they have still managed to blithely ignore every submission from leading Psychiatric/Psychological bodies urging them not to stigmatise video gaming as a mental health disorder.

The American Psychological Association warned WHO that their new classification “may be more a product of moral panic than good science - we note that, certainly, some individuals may overdo gaming, however this is true for a wide range of activities including sex, food, and shopping. We see no clear reason why video games are being singled out for a disorder rather than a general behavioural addiction category. It is a miscommunication that game playing can be compared to substance abuse”.

A group of leading U.S. psychiatrists also advised WHO that “the act of formalizing this disorder has negative medical, scientific, public-health, societal and human rights fallout that should be considered. Of particular concern are moral panics around the harm of video gaming. They might result in premature application of diagnosis in the medical community and the treatment of abundant false-positive cases, especially for children and adolescents”.

At a time when parents are already neurotic about how much time their children spend with their faces stuck in their phones/tablets/laptops for a reputable international public health agency such as WHO to use the term “mental health disorder” to describe teenagers being teenagers (being antisocial and jumping on new video gaming trends such as Fortnite) is irresponsible and damaging.

Quite clearly there is a cohort who overuse video games to escape from an uncomfortable home environment or to alleviate pre-existing mental issues (anxiety, depression etc).

But one of the consequences of WHO officially classifying compulsive video gaming as a mental health condition is that it facilitates the setting up of specialised video game addiction units - when the problem really has nothing to do with the playing of the game per se.

And now that governments around the world have been notified by WHO that they will be expected to include “video gaming disorder” in their health systems, how will we feel if the already strained public health system is cluttered up by people who have overdone it a bit playing Call of Duty?

If compulsive video gaming is to be classified, it properly belongs on the second or third tier of behavioural problems - somewhere down near “Caffeine Overuse Syndrome” and not in the front row as a mental health disorder.

The other troubling consideration here is that public health agencies have been patiently pointing out for years now the disproportionate amount of emotional, behavioural and mental health problems that now occur solely in middle class families and above.

Whether it be - on a sliding scale - parents fretting about a child’s sugar intake or how many sports they play up to the over-prescription of hyperactivity drugs or sending a child to a therapist if they are feeling “a bit down”, behaviour and feelings that were once considered “part of growing up” are now being medicalized and viewed as aberrant.

To put WHO’s new video gaming directive in context: if you have a roof over your head, the means to buy (not cheap) video consoles and video games and the time to overplay them, you don’t have a mental health disorder. You have it lucky.