In a series of tweets U.S. President Donald Trump assailed a female TV news host in highly personal terms on Thursday, calling her "crazy" and alleging she had been bleeding at one point from a face lift. Video: The White House 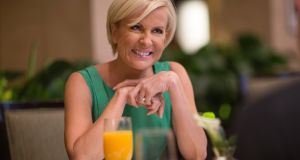 Donald Trump’s war on the media took a graphic turn on Thursday when the president launched a highly personal attack on a female host of MSNBC’s morning talk show, days after he assailed CNN for a retracted news report.

In a series of tweets, Mr Trump lashed out at Mika Brzezinski, co-host of Morning Joe, describing her as “low I.Q. Crazy” and saying he had refused to see her at his Mar-a-Lago resort at New Year’s because she had been “bleeding badly from a facelift”. He called her co-host and fiancé, Joe Scarborough, “psycho” and dismissed their programme as “poorly rated”.

The outburst came in a week of frustration for the US president as his hopes were dashed that the Senate would quickly pass legislation to repeal and replace the Affordable Care Act, one of his key campaign promises.

The crude insult was reminiscent of Mr Trump’s comments about Megyn Kelly, another prominent female TV news host, which also raised accusations of sexism. After the first Republican primary debate in August 2015, Mr Trump said that Kelly, one of the moderators, had “blood coming out of her eyes, blood coming out of her wherever” in what many people took as a reference to menstruation.

Republican senators condemned Mr Trump’s latest barrage on Thursday. “Mr President, your tweet was beneath the office and represents what is wrong with American politics, not the greatness of America,” said Lindsey Graham of South Carolina.

“This has to stop – we all have a job – 3 branches of [government] and media. We don’t have to get along, but we must show respect and civility,” said Susan Collins of Maine. Ben Sasse of Nebraska pleaded: “Please just stop. This isn’t normal and it’s beneath the dignity of your office.”

“Obviously I don’t see that as an appropriate comment,” said Paul Ryan, speaker of the House of Representatives: “What we’re trying to do around here is improve the tone, the civility of the debates, and this obviously doesn’t help do that.”

...to Mar-a-Lago 3 nights in a row around New Year's Eve, and insisted on joining me. She was bleeding badly from a face-lift. I said no!

MSNBC said in a statement: “It’s a sad day for America when the president spends his time bullying, lying and spewing petty personal attacks instead of doing his job.”

Sarah Huckabee Sanders, the White House deputy press secretary, defended the president in a Fox News interview. “This is a president who fights fire with fire and certainly will not be allowed to be bullied by the liberal media and the liberal elites within the media or Hollywood or anywhere else,” she said.

Brzezinski responded by tweeting a picture of a Cheerios box describing the cereal as “made for little hands” in a jab at Mr Trump’s reported insecurity about the size of his own hands.

Brzezinski and Scarborough had previously been criticised for their softball treatment of Mr Trump, who regularly called in to their show during his presidential run. Last year he described them as “supporters” or “at least believers” and even offered to officiate their wedding, Scarborough told Vanity Fair.

But the relationship has soured in recent months and Brzezinski has said Mr Trump is “possibly unfit mentally”.

The MSNBC host was just the latest target of Mr Trump’s offensive against the media, which he routinely claims is “fake news” and “the enemy of the people”.

On Tuesday he crowed at an apparent victory over CNN, one of his favourite punching bags, after the cable network retracted a story claiming US investigators were looking at links between Anthony Scaramucci, the hedge fund manager and ally of Mr Trump, and a Russian investment fund. Three journalists resigned over the story and the network apologised to Mr Scaramucci.

“Fake News CNN is looking at big management changes now that they got caught falsely pushing their phoney Russian stories. Ratings way down!” the president wrote on Twitter. He went on to describe NBC, CBS, ABC, the Washington Post and the “failing” New York Times as “all Fake News!”

He extended his attacks on Wednesday, claiming that the New York Times “writes false story after false story about me. They don’t even call to verify the facts of a story”. He then turned his ire on the Washington Post, which had published a story about a flattering but fake cover of Time magazine hanging at several Trump golf clubs.

“The #AmazonWashingtonPost, sometimes referred to as the guardian of Amazon not paying internet taxes (which they should) is FAKE NEWS!” Mr Trump tweeted. The Post is owned by Jeff Bezos, the founder and chief executive of Amazon.