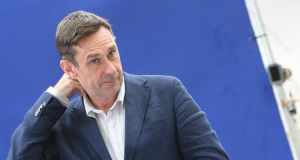 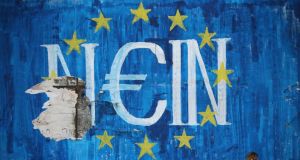 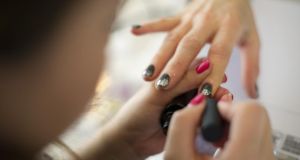 Paul Mason sits in his two-up, two-down terraced house in south London while a newly arrived wheaten terrier, Lottie, still getting used to visitors, slumbers in a pen on a sultry afternoon.

Mason, the outspoken economics editor of Channel 4 News, is readying to return to Greece, the land whose fortunes, or otherwise, he has charted at length. For some its experience marks the end of Europe’s single currency. But Mason believes the crisis facing capitalism does not stop at Greek overspending and maladministration – or, indeed, at an Irish banking crisis caused by property debt.

In his new book, Postcapitalism: A Guide to Our Future, Mason’s thesis is this: neoliberalism, the economic doctrine that has dominated the world since the fall of the Berlin Wall, has run its course, or soon will.

“The future of neoliberalism is low wages. In the next 30 years 40 to 50 per cent of all jobs will disappear and be automated – retail and office administration, firstly,” he says. Even higher-skill jobs are being simplified or eradicated. “My job in television has been surrounded by less and less skilled people the more sound and editing have been automated.”

The cause is the information-technology revolution. “There are no circumstances in which that technology creates more jobs. It is the first time that a technology has not done that. A hundred years ago, yes, lots of jobs were automated. Yes, you got a production line; the agricultural workforce were decimated, but new jobs were created that needed higher skills,” he says.

“John Maynard Keynes in the 1920s said that once you have abundance you don’t have economics. I am not the first to argue that IT is creating a dynamic of cheapness, freeness and shareness – and cheap, free and shared forms of producing are things that mainstream economics has not got its head around.

The crisis awaiting capitalism dwarfs even current challenges, Mason says, quoting a disciple of the system, the Organisation for Economic Co-Operation and Development. Ageing societies will be unable to service national debt, he believes, and tax-raising powers will wither in the face of automation. Inequality, even in Scandinavia, will grow dramatically.

“The OECD’s economists were too polite to say it, so let’s spell it out: for the developed world the best of capitalism is behind us, and for the rest it will be over in our lifetime,” he writes in his book.

Matters can end in one of two ways: “In the first scenario, the global elite clings on, imposing the cost of the crisis on to workers , pensioners and the poor over the next 10 or 20 years.” If this happens the enforcers of globalisation, as he sees them – the International Monetary Fund, the World Bank and the World Trade Organisation – will survive, but much weakened. “The cost of saving globalisation is borne by the ordinary people of the developed world. But growth stagnates.”

“Globalisation falls apart, the global institutions become powerless and, in the process, the conflicts that have burned these past 20 years – drug wars, post-Soviet nationalism, jihadism, uncontrolled migration and resistance to it – light a fire at the centre of the system.

“In this scenario lip service to international law evaporates; torture, censorship, arbitrary detention and mass surveillance become the regular tools of statecraft. This is a variant of what happened in the 1930s, and there is no guarantee it cannot happen again.”

And this is before the political, economic and social costs of global warming, ageing societies and rapid population growth are counted. “If we can’t create a sustainable global order and restore economic dynamism, the decades after 2050 will be chaos,” Mason says.

But the future is as yet unwritten. Capitalism is bust, he argues, but post-capitalism could thrive, offering shaded groves of adequate incomes, co-operation, sharing.

One key will be a basic income for everybody – £120 a week in the UK, similar to its maximum state pension – to help people “volunteer, set up co-ops, edit Wikipedia, learn how to used 3D design software, make a late entry or early exit from working life, switch more easily in and out of high-intensity, stressful jobs.”

The idea is not new. The left and right have both, at different times, embraced it, but it would double the welfare bill – “a significant claim on resources”, he admits.

People would be free to do other work. “The ultimate aim is to reduce to a minimum the hours it takes to produce what humanity needs,” Mason writes.

In turn the world of finance would change: central bankers would be democratically elected and told to follow sustainability targets. Society would be served by the economy, not the other way around.

Crippling national debts would wither in the face of higher inflation; banks’ profits would be capped; accountants would be jailed for even suggesting tax evasion. Offshore financial havens would be destroyed; the companies using them would be told to return to their home bases “or be treated as the financial equivalent of al-Qaeda”.

The richest 1 per cent would fight to protect their power, even though, Mason says, they recognise that capitalism’s days are numbered. “But there is good news. The 99 per cent are coming to the rescue. Post-capitalism will set you free.”

Postcapitalism: A Guide to Our Future is published by Allen Lane

3 Coombe begins investigation into vaccination of family members of staff