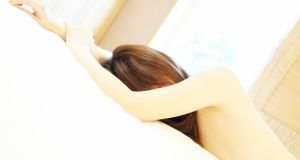 Many cases involved the online posting of intimate photos or images of a former partner in an effort to hurt or humiliate them. The director of public prosecutions said they were part of a growing trend for sexual offences to be instigated or committed online and through social media.

“Since the new legislation came into force there have been over 200 prosecutions for disclosing private sexual images without consent. We have also found that defendants in controlling or coercive cases rely on tactics such as GPS tracking and monitoring phone or email messages. The use of the internet, social media and other forms of technology to humiliate, control and threaten individuals is rising,” Alison Saunders said.

The offence covers any sexual images, including those in which the victim is clothed but may be posing provocatively, and carries a maximum penalty of up to two years in prison.

One man was sentenced to 12 weeks in prison after he used Facebook to send intimate pictures of a woman to members of her family and threatened to post other images online.

Another man received the same sentence after he sent pictures of a woman to her brother and a restraining order was granted for three years.

More than 100,000 were prosecuted for domestic violence in England and Wales last year, and more than 75,000 were convicted.

“Today a rape, domestic abuse, sexual offence or child abuse case is more likely to be prosecuted and convicted than ever before,” Ms Saunders said.

“Prosecutors have received detailed training, including on vulnerable victims and the issue of sexual consent.

“Following this work we have seen a rise in the rape conviction rate to 57.9 per cent, and, significantly, there has also been a fall in the number of acquittals after trial.”