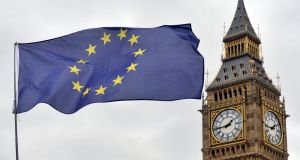 Opposition MPs have accused Brexit minister Steve Baker of fuelling conspiracy theories and undermining the civil service after he said he was told that Treasury officials skewed data to promote a soft Brexit. The civil service union said Mr Baker was behaving as if he was still a backbench MP agitating for a hard Brexit as head of the European Research Group (ERG).

Jacob Rees-Mogg, the current chairman of the ERG, asked Mr Baker in the Commons on Thursday if he had heard a claim from Charles Grant, director of the Centre for European Reform think tank, that “officials in the Treasury have deliberately developed a model to show that all options other than staying in the customs union were bad and that officials intended to use this to influence policy”.

Mr Baker said that Mr Rees-Mogg’s account was “essentially correct”, although he said he could not confirm that civil servants had deliberately skewed data.

Mr Grant later disputed the account of his remarks, saying that he had told a lunch meeting that Treasury officials favoured a soft Brexit but had not suggested that their data modelling was influenced by that view.

“I recall saying to Steve Baker at a Prospect lunch at the Conservative Party Conference that I was aware of research that the Treasury had done. This apparently showed that the economic benefits of the UK forging free trade agreements with third countries outside the EU were significantly less than the economic costs of leaving the customs union. I did not say or imply that the Treasury had deliberately developed a model to show that all non-customs union options were bad, with the intention to influence policy,” Mr Grant said.

Downing Street stood by Mr Baker’s remarks but opposition politicians pointed out that he had already impugned civil servants this week when he dismissed their economic forecasts as “always wrong”. Labour’s Chris Leslie said the minister had serious questions to answer.

“It appears that for the second time in a week he used the Despatch Box to promote a conspiracy theory to explain why the Government’s own data about Brexit shows it will be very bad news for Britain. If confirmed, this is extraordinary and unacceptable behaviour for someone in his position. He now needs to give a full account of himself and explain whether he believes it is appropriate to use his position to make such allegations. He should also immediately cease his groundless attacks on the integrity of the civil service and apologise to all those he has offended in recent days,” Mr Leslie said.

“Ministers should never be in the business of fanning the flames of conspiracy theories, but this is exactly what Baker has done. Either he knows officials deliberately skewed their research or he doesn’t. His words are not worthy of a government minister. This is not a case of the civil service conspiring against Brexit, but of the facts conspiring against the agenda of Brexiteers like Mr Baker,” he said.

1 Republic’s Coronavirus death toll rises by 28 as confirmed cases up by 500
2 Doctors sent to help at Cavan hospital after up to 70 staff infected with coronavirus
3 ‘When I look at the viral loads we find in elderly people, it is mind boggling’
4 This time, the future of the euro really is at stake
5 Threatening posters in Co Clare tell holiday home owners to ‘f**k off’
Real news has value SUBSCRIBE