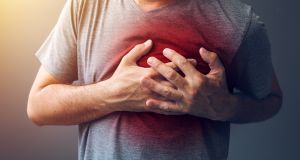 The revelation that the valsartan problem likely dates back to changes in manufacturing processes at Zhejiang Huahai Pharmaceutical six years ago suggests many patients could potentially have been exposed to cancer risk.

A common blood pressure and heart drug manufactured in bulk by a Chinese company and sold worldwide may have contained an impurity linked to cancer since 2012, European regulators said on Tuesday.

The revelation that the problem likely dates back to changes in manufacturing processes at Zhejiang Huahai Pharmaceutical six years ago suggests many patients could potentially have been exposed to cancer risk.

The European Medicines Agency (EMA) first raised the alarm over the Chinese supplied valsartan on July 5th. And it said it is working to establish how long and at to what extent patients might have been exposed to the impurity known as NDMA.

NDMA, or N-nitrosodimethylamine, is classified as a probable human carcinogen. Based on results from laboratory tests, it may cause cancer with long-term use.

“It is still too early to provide information on the longer term risk NDMA may have posed for patients. EMA has made this aspect of the review a priority and will update the public as soon as new information becomes available,” the agency said.

EU authorities have been recalling medicines containing valsartan from Zhejiang Huahai over the past two weeks. And the agency said such medicines should no longer be available in pharmacies.

The US Food and Drug Administration also took action to recall affected valsartan-containing medicines on Friday.

Zhejiang Huahai has already acknowledged that there was an impurity in some of its valsartan, which it said had sales of €43 million ($50 million) in 2017.

The agency said NDMA was an unexpected impurity that was not detected by routine tests carried out by Zhejiang Huahai. It added that the manufacturing changes introduced in 2012 were believed to have produced NDMA as a byproduct.

The case shows the reliance of consumers worldwide on medicines containing active pharmaceutical ingredients made in China.

Regulators have been stepping up oversight of foreign factories in recent years to try and ensure quality control of drugs made in China and India, which is another big supplier to global drug markets.

But it remains a work in progress, as highlighted by the EMA’s executive director Guido Rasi.

Mr Rasi wrote recently in the agency’s annual report: “We need to think globally and work strategically with partners from around the world to make best use of our inspection capacity, so that patients can rely on the quality, safety and efficacy of all medicines, no matter where they have been manufactured.”

Valsartan was originally developed by Novartis and the Swiss company marketed it as Diovan. But it is now off patent and is used in a number of generic medicines supplied by various companies. In addition to tackling high blood pressure, it is also prescribed to treat heart failure.

Zhejiang Huahai, which was founded in 1989 and listed on the Shanghai stock exchange in 2003, was one of the first Chinese companies to get drugs approved in the US market.

It makes active ingredients for several medicines to treat heart problems, depression, allergies and HIV, according to its website.

Overall, more than two-thirds of all active drug ingredients originate in China and India, industry experts estimate, with China accounting for the lion’s share. – Reuters