Chernobyl fallout: the villagers who refuse to leave

They were meant to move away after the Soviet nuclear reactor exploded, in 1986. But hundreds of villagers crept back to their livestock and crops. They’re still there, but their unusual way of life is disappearing 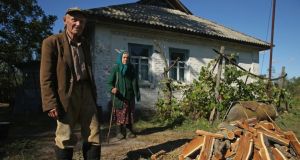 Ivan Ivanovich and his wife, Marya, live inside the Chernobyl exclusion zone, in a corner of an abandoned village called Opachychi. Photograph: Sean Gallup/Getty Images 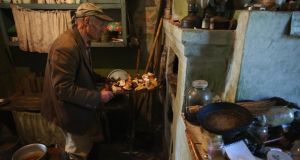 Ivan Ivanovich is part of a community of about 200 samosely, or illegal settlers, who eke out a life in Chernobyl’s restricted zone. Photograph: Sean Gallup/Getty Images 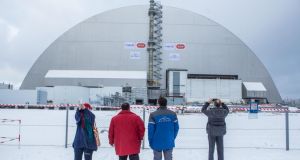 In December an enormous sarcophagus, the largest moving structure ever built, was put in place to seal the Chernobyl’s reactor number four. Photograph: Brendan Hoffman/Getty Images 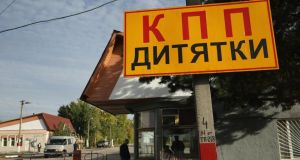 Visitors to the 2,600sq km Chernobyl exclusion zone must pass through two armed checkpoints and then a locked gate, opened only on request by another armed guard. Photograph: Sean Gallup/Getty Images 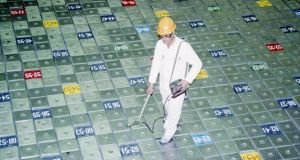 A worker checks radiation level inside the first block of the Chernobyl nuclear power station in 1996, 10 years after the explosion and fire at the plant. Photograph: Misha Chernichkin/Reuters

Ivan Ivanovich has the kind of face that holds a smile whether or not he’s happy. His frame is slightly hunched, his cheeks red, his hands ice cold and coarse. His coat is at least two sizes too large, and his boots look too heavy. Despite the smile the 82-year-old is angry.

“Boar, go home, you ******!” he shouts, bringing a long stick down hard on the boar he has domesticated after finding it injured in the wild. It squeals. In its haste for food the beast bolted out of the yard, sparking a chase. Ivanovich may be elderly, but he can still swing a stick with venom – and, mysteriously, given where he has lived all his life, he appears to be a picture of health.

Ivanovich and his wife, Marya, live in the Chernobyl exclusion zone, in a corner of an abandoned village called Opachychi. Visitors must pass through two armed checkpoints, the first of which involves a passport check, and then a locked gate, opened only on request by another armed guard.

Ivanovich grows corn and potatoes, and in early winter he spends his days cracking open chestnuts, harvesting corn and cutting timber. The biggest challenge facing Ivanovich right now, he says, is figuring what to do with a television his son brought him, because there is no electricity in his home.

Ivanovich is part of a community of about 200 samosely, or illegal settlers, who have defied time and science to eke out a life in this isolated and ever-dangerous restricted zone, a wilderness the size of Luxembourg. When the area around the Chernobyl nuclear power plant was emptied, following the meltdown on April 26th, 1986, several hundred people, mostly villagers worrying for their livestock and crops, crept back to their homesteads in the months and years that followed. Since then they have lived outside Ukrainian society in a place where the natural world has slowly taken back control.

A 15-minute drive farther into the zone, the returnees, many of whom are widowed women, congregate around a grocery and canteen that sells flagons of cheap local beer, disposable razor blades and dried pork and fish. Outside, packs of friendly dogs crowd around, hoping for the corner of a discarded chocolate bar. One settler who lives by himself is able to pick up his government pension every two weeks from Chernobyl town centre.

The nuclear disaster was the worst of its kind in history, releasing 400 times the amount of radiation released in the bombing of Hiroshima, at the end of the second World War. The bodies of the workers charged with sealing the reactor in the hours and days after the 1986 explosion melted from the inside out. The disaster continues to have consequences for more than four million people in Ukraine, Belarus and western Russia. Many settlers have died from cancers and tumours.

Driving closer to reactor number four, trees part to reveal the remains of the model city of Pripyat. It was built in the 1970s not for locals but to accommodate the Soviet Union’s finest minds and their families, tasked to work at the nuclear power plant.

Designed by some of the best architects at a state university in St Petersburg, Pripyat was meant to represent a utopian vision of what communism could be, work and social life perfectly balanced and intertwined. During the city’s brief lifetime only one crime was recorded, for the reason that no one ever wanted for anything.

When the authorities ordered its evacuation, 36 hours after the blast, 50,000 people – almost the population of Waterford city – were bussed out of Pripyat. They expected to return after three days. Now it looks and feels as if it might be the last intact sliver of Soviet life, distilled in a spring day 31 years ago as residents prepared for International Workers’ Day.

Despite the bucolic nature of life for the samosely, day-to-day living is far from easy. Many who at the time of the disaster were already in their 50s failed to get used to life in the towns in which the government resettled them. A social stigma of being an “exposed person”, a community apart, also developed, and many yearned for their quiet village homes.

A problem since then, however, has been that, because there are no schools inside the zone, their children have been forced to leave to get an education – and few have returned.

“Some wolves killed four dogs in the village two years ago. I last heard them howling in the woods a few weeks ago,” he says, pointing over his right shoulder. “It was at night, and it was frightening. I recently found bones out there.”

Winter is the safest time to visit, as snow helps to keep the radiation in the soil, according to our guide, but one of the most dangerous things to touch is the ubiquitous moss; left to its own devices over decades, it now covers buildings, signposts and abandoned cars. “On the asphalt roads we are okay, but step off it and you put yourself at risk,” she says. “Nature is ruthless.” Guides are checked for radiation poisoning at least four times a year.

As we drive past a section of road in the so-called Red Forest from where the stadium-like sarcophagus is visible in the distance, someone’s Geiger counter starts to beep. Then another, and another. Within 10 seconds the bus is filled with the sound. The counters soon quieten down, but with the entire region predicted to remain dangerous for 3,000 years there’s not much in the way of nervous laughter going around.

For those worst affected by the disaster, their skin began to burn and the white-blood-cell count in their bones fell rapidly, increasing their risk of infection. Those not affected by the initial blast of radioactive dust would have experienced a latent period of up to a month. Many thought they had escaped. They soon realised otherwise.

Although his son lives in a nearby city, Ivanovich says that, at 82, he may need around-the-clock care at any time; living where he does, the logistics of getting him out in an emergency would be fraught with difficulty.

But perhaps the most troubling fallout of the catastrophe for the people of Chernobyl is that their children and grandchildren are elsewhere. Before the accident Opachychi was home to more than 600 people, plus cats, dogs, chickens and ducks. As elderly settlers have died in the years since then there has been no one to replenish the communities. There are now barely more than half as many settlers as there were 10 years ago. A way of life in one of the world’s most unusual environments may soon disappear.

Out of breath from being given the runaround by his boar, Ivanovich, blue eyes ablaze, rests his hands on his stick. The pig is finally back in its pen. “I must eat him,” he says, watching it gulp down its food. “I’m old now. And there’s nothing else I can do with him.”