Two historians in Ireland have uncovered evidence about an alliance between pre-revolution Portugal, South Africa and Rhodesia, called Alcora 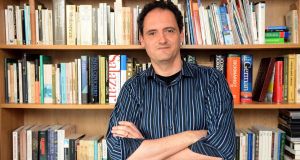 Portugal today marks the 40th anniversary of the revolution that freed it from dictatorship. As it does so, new information is emerging about what the toppled regime was doing in Africa – the source of discontent within the Portuguese military which led a revolt.

Two Irish-based historians, Prof Filipe Ribeiro de Meneses of the Department of History at NUI Maynooth and Robert McNamara, a senior lecturer in international history at the University of Ulster, have uncovered evidence about a largely unknown military alliance between dictatorship-era Portugal, apartheid South Africa and the Republic of Rhodesia.

In the early 1970s Portugal was fighting against independence movements in three African colonies – Portuguese Guinea (latter day Guinea-Bissau in west Africa), Angola and Mozambique. It was losing each, especially in Guinea-Bissau, and the cost, in human and economic terms, was increasingly unpopular back home in Portugal.

In the spring of 1974, a group of largely middle-rank army officers, seeking initially to protect their own positions, staged a coup in Lisbon, ousting the government of prime minister Marcello Caetano, successor regime to that of the long-time dictator António Salazar.

Although armed soldiers and tanks took to the streets, the coup was almost entirely peaceful. Joyous crowds mingling with soldiers guarding key installations placed red carnations in the barrels of their guns, the flower becoming the symbol of the revolution.


Military exercise
But behind the scenes, and unknown at the time, the revolution also spelt the end for something else: an organisation named Alcora. Research by de Meneses and McNamara shows that Alcora appears to have begun life as a military exercise involving Portuguese, South African and Rhodesian military forces and evolved speedily, under pressure of events, into a forum for exchanging information and which was poised to become a joint standing army in Africa just as the tanks rolled onto the streets of Lisbon.

Alcora was originally “a structure by which the military staff of Portugal, Rhodesia and South Africa could meet and discuss common concerns”, said Prof de Meneses, who has Portuguese roots. “It was established in 1970, by which time there was already quite substantial, though low level, incidental co-operation between the three countries. Alcora was designed to shore this up, and to institutionalise this co-operation, and create structures on how matters of concern to the military in the three countries can be addressed.”

The two historians have trawled military archives in Lisbon and Pretoria. The papers show that as the nationalist independence movements gathered strength in southern Africa, Alcora metamorphosed into something more proactive.

The growing organisation was run by the Alcora Top Level Committee, the ATLC. “[It was] composed essentially of the chiefs of staff, the highest officers in each army and their supporting officers.”


Wars being lost
By 1973, Portugal’s wars in Africa were being lost. “The South Africans, and the Rhodesians especially, were becoming very concerned. So, the intelligence committee becomes a permanent organisation. Then you have . . . the move towards establishing what was known as Papo (Permanent Alcora Planning Organisation).”

But when the revolution happened in Lisbon the Alcora plans turned to dust. Portugal’s dream of creating, as advocates had it, “another Brazil in Africa” where white economic interests in Angola and Mozambique would be protected in quasi multi-racial, and partially post-colonial, societies never came about.

Had it happened, what the effect on apartheid South Africa would have been is anyone’s guess. But the southern Africans and the Portuguese seem in many ways to have been playing by the same rules. Minutes of a meeting between Portugal’s PIDE secret police, and South Africa and Rhodesian police, record a South African asking his Portuguese counterpart how he dealt with unrest among the native population. “I shoot a lot of people,” he said.