Gorongosa was once a wildlife paradise as rich as Kruger or Serengeti. But its lions, buffalo and antelope were among the many victims of Mozambique’s civil war. Now, an outsider has promised to restore the ravaged ecosystem 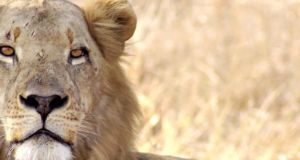 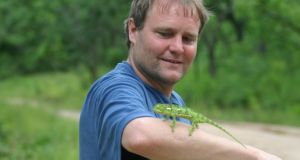 Greg Carr at Gorongosa National Park, Mozambique. The philanthropist’s foundationhas donated $30 million worth of assistance to the park’s restoration 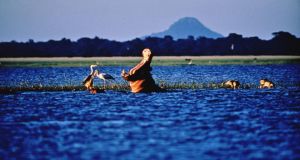 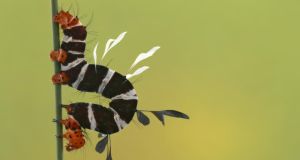 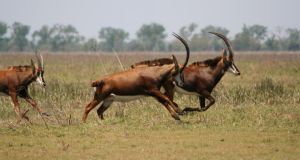 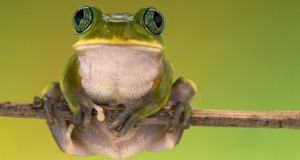 Ask Daniel Mavaneco why he became a poacher, and he gives a simple answer: “to get enough money to send my children to school”. Ask him why he then became a conservation ranger, and his answer, given with a wry smile, is identical.

Mavaneco poached in Mozambique’s Gorongosa National Park from 1990 to 1995. Hungry soldiers, rich only in weaponry, had already devastated its once abundant big game during almost 20 years of civil war. Peace in 1992 brought no respite for the animals – there was an upsurge of poaching, stimulated by chronic food shortages in one of the world’s poorest countries.

“Poaching is very difficult, you know,” Mavaneco says, recalling running the gauntlet of both government and rebel forces. There were other dangers, too. A crocodile ate one of his poaching partners.

When a struggling administration attempted to reconstitute the national park, Mavaneco was himself poached, as it were, and donned a ranger’s uniform in 1996. He now leads one of the park’s crack anti-poaching units.

The vast landscape Mavaneco patrols is ravishingly beautiful, yet it is surrounded by a human ocean of heart-breaking poverty; its people and its are land both deeply marked by a long and brutal armed conflict.

The Gorongosa region was one of the most fiercely contested theatres in this war. The big game almost disappeared. By 2000, less than 100 buffalo remained, out of a herd of 14,000 two decades earlier.

Pedro Muagura, now the park’s director of conservation, used to bring his forestry students to camp in the park in the late 1990s. The luxury tourist accommodation at Chitengo camp had been literally shot to pieces. The few remaining animals had become extremely wary of humans.

Yet when I meet him with Mavaneco , outside a smart new bar in the rebuilt Chitengo, a warthog is nonchalantly grubbing in the lawn two metres away.

Happily, there was still a cornucopia of plant species for Muagura’s pupils to study. But the ecology of the vegetation, intimately linked to animal populations, was already rapidly changing. Without the bulk grazers and browsers – buffalo, zebra and big antelope – grasses and shrubs were choking up the once-open savannahs.

This new understory fuelled fires that burned hotter and spread faster, damaging soil and big trees. The whole complex and interdependent web of a great ecosystem was coming apart at its seams.

American philanthropist
Things looked so bad at Gorongosa by 2004 that senior Mozambican officials told American philanthropist Greg Carr, who was looking for a new project to support, it was not even worth visiting. Carr had made a fortune in the telecommunications industry by taking bold initiatives that others baulked at. He flew to Chitengo anyway.

After just a few hours, he wrote in a battered visitor’s book that had somehow survived the war: “This is a spectacular park and it could become one of the best in Africa with some assistance”.

Ten years later, his foundation has pumped $30 million worth of assistance into the restoration of the park, and he plans to invest as much again. When he drives me from Chitengo out into the park, it is immediately apparent it has become his driving passion. He eagerly points out little groups of impala turning to watch our progress on the dirt road.

Bulky waterbuck stud the great plains that spread out where the Missicadzi and Sungue rivers merge. A pair of wildebeest, looking confusingly black after a mud bath, spar lazily in the middle distance.

Many of the big animals, then, are once again prospering at Gorongosa. There are still big gaps, mainly zebra and rhino. But Marc Stalmans, the director of science, is particularly happy that many species have bounced back of their own accord.

He had originally envisaged re-introducing 8,000 individuals from other parks, but so far has brought in only 500. He now believes most of the big mammals need no further assistance to recover.

Stalmans says it is too early to establish whether the restored mammal populations are in turn restoring something approaching the park’s natural vegetation structure, but extensive test sites have been set up to measure progress.

A dozen species of big water birds are strung out along the river’s edge, harbingers of the vast heronries to the east, whose full importance is only now beginning to be gauged by scientists. My visit falls at the end of the rainy season, and the waters of Lake Urema are spread glitteringly across much of the park’s central plain. We frequently see hippos out in the deeper channels. As their numbers have increased, their excrement again plays a major part in fertilising the land after the floods subside. Nothing is wasted here.

The great massif of Mt Gorongosa is barely discernible on the cloudy western horizon, but this is the main source of the region’s fecund life. Winds laden with moisture sweep in from the Indian Ocean, 100km to the east. The resultant rivers that nourish the park flow from the mountain.

Recognising its keystone ecological role, the government put its high rainforests under the park’s protection in 2010. Sadly, a recent resurgence of armed activity by Mozambique’s former rebel movement Renamo in the area has made the mountain out of bounds to park staff for the past 18 months. However, there are credible reports this new and relatively low-level conflict may soon be resolved.

Ironically, says Muagura, the rebel presence has temporarily halted the rapid deforestation that had been the main challenge to his rangers on the mountain.

In 2008, Carr signed a 20-year deal with the government, making the park a public-private partnership. He forms half of the oversight committee with Bernardo Beca Jofrisse, who as Frelimo’s director general of weaponry, fought against Renamo during the civil war. This unlikely alliance seems to work very well.

Carr (55) was born in Idaho. He says his parents’ “frontier American values” gave him a strong sense of “community and responsibility”. Having made a fortune by the time he was 40, he is now spending 95 per cent of it on causes he believes in.

He approaches conservation with a binocular vision, equally focused on people and nature; this might enable him to succeed where many others have failed.

Carr strongly supports the desire of EO Wilson, a noted biologist who celebrates the park in a new book, A Window on Eterni ty , to see Gorongosa restored to the breathtakingly rich biodiversity that flourished here before human impacts began to degrade it.

On the other hand, Carr believes this ambitious restoration should not and will not be achieved unless the people who live in the Gorongosa region benefit.

Some conservation experts have baulked at his construction of a school and a health centre in Vinho, a village on the edge of a park boundary. But Vinho’s citizens are much more likely to help protect the park if it contributes to their health and education.

Southern and eastern African national parks have had a bad history of evicting human communities to make way for animals, for the benefit of wealthy tourists. What will Gorongosa do about the people who still farm illegally within its boundaries today?

Compelling offer
Carr insists they will not be coerced. “We are making them a compelling offer,” he says. If they agree to move into the park’s buffer zone, they will be granted land, house-building materials and assistance in raising the productivity of their farms.

“Gorongosa may be the only national park in the world with an agriculture department working outside the park boundaries, and our people believe local productivity could be increased five-fold,” he says.

Furthermore, the park will draw up legal land tenure documents for each family that buys into this scheme. Mozambique’s grim history has dictated that very few of its people anywhere have legal rights to the land they farm. Carr says that most people are now eager to sign up to the deal.

If Carr understands that conservation is politics, he also understands that it is science. Very few national parks have carried out systematic surveys of their species. Yet without such baselines, it is impossible to assess their ecological health.

To ensure Gorongosa’s vast encyclopaedia of biodiversity is fully documented, a taxonomy centre has been built in Chitengo. Naskrecki is the laboratory’s first associate director, assisted by three young Mozambicans, Tongai Castigo, Ricardo Guta and Flavio Artur Moniz. American funds and international expertise have undoubtedly been crucial in beginning the restoration of Gorongosa, but Carr agrees its completion must be the choice and responsibility of the people of Mozambique.


Paddy Woodworth is the author of Our Once and Future Planet: Restoring the World in the Climate Change Century