Government accused of moving too slowly 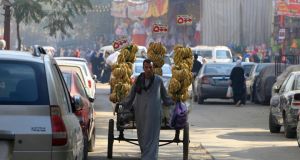 Egypt’s second parliamentary elections since the 2011 uprising will be held in two phases on March 22nd and 23rd, the election commission announced yesterday.

Some 54 million Egyptians will be eligible to cast ballots.

The vote will mark the end of the roadmap drawn up for the transition from the rule of the Muslim Brotherhood-dominated parliament, dissolved in 2012, and the presidency of Mohamed Morsi, overthrown in 2013 following mass protests across the country.

The first stage of the roadmap was a referendum on a new constitution. The second was the poll that elected former army chief Abdel-Fattah El-Sisi to the presidency.

Egypt’s new unicameral parliament will consist of a house of representatives with 567 members, 420 independents, 120 party-based deputies, and 27 presidential appointees.

Parliament previously had two houses: the people’s assembly and the shura (advisory) council.

The only alliances prepared for the campaign are the Egyptian Wafd, a liberal grouping led by the country’s oldest political party founded in 1919, and the Egyptian Front, made up of supporters of ousted president Hosni Mubarak’s National Democratic Party. Because of good organisation and deep roots in the society, the latter could win an appreciable number of seats.

While the Muslim Brotherhood is outlawed and its leadership imprisoned, independent supporters of the movement could still run for seats.

The range of poorly funded and divided liberal and leftist parties will be tested by the election. The Popular Current faction, led by former presidential candidate Hamdeen Sabahi, has announced it will not participate in protest against the election law and concerns over the return to authoritarian rule.

Egyptians hope that the elections will end the political turmoil and economic uncertainty created by the ousting of 30-year president Mubarak in 2011.