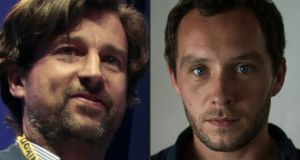 Police in Burundi police have arrested a British and a French journalist during a sweep for rebels in flashpoint districts of the capital, officials said on Friday, a move likely to further strain tense relations between Bujumbura and western donors.

Moise Nkurunziza, deputy police spokesman, said the police had picked up British photojournalist Phil Moore and Jean Philippe Remy, a French journalist, during raids in Jabe and Nyakabiga neighbourhoods in Bujumbura on Thursday.

“The police arrested five people including a British national who was a journalist,” said Mr Nkurunziza, adding that the Frenchman had then come to ask about his British colleague’s whereabouts and was also arrested “for interrogation motives”.

Both men had journalist accreditation in Bujumbura, he said.

In a statement on its website, Le Monde demanded the release of both journalists, saying they were the newspaper’s special correspondents in Burundi.

French foreign minister Laurent Fabius also called for the immediate release of the journalists, while the British foreign office said it was “urgently looking into reports” about the detention of a UK national.

Remy is the Africa bureau chief for the French newspaper Le Monde, while Moore, a freelance photographer, has often reported from conflict zones in the region. Both men have won awards for their coverage of sub-Saharan Africa.

Burundi has been in turmoil since April when President Pierre Nkurunziza announced plans to run for a third term in office, sparking weeks of street protests by the opposition who said his bid was unconstitutional.

Mr Nkurunziza’s government foiled an attempted coup in May, but continued clashes and gun attacks in the central African nation have unnerved a region where memories of the 1994 genocide in neighbouring Rwanda are still raw.

The United States and European nations have criticised the government’s clampdown on free media, including the shuttering of private radio stations.

The government has also expelled foreign journalists, including Sonia Rolley from France’s RFI radio who was reporting on sexual violence committed by police officers.

In a statement calling for the release of Remy and Moore, the New York-based Human Rights Watch said the arrests had occurred “in the context of severe government repression against journalists, with all the main Burundian private radio stations suspended since April/May 2015”.