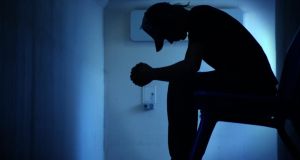 The Children’s Rights Alliance, an umbrella group of non-governmental organisations, described the actions of the RIA as “exceptionally unfair”.

Young asylum seekers who have been awarded scholarships for further education say they are at risk of losing their places after being told by the authorities they must move from their current accommodation.

In one case, a Leaving Cert student living in a direct provision centre in Dublin received a scholarship for a degree course in the city.

However, the student was recently told by the Reception and Integration Agency (RIA), the State body responsible for accommodating asylum seekers, that they would be moved to another centre several hours away from the capital. The student is now uncertain whether it will be possible to attend the course.

In another case, an unaccompanied minor asylum seeker living with a foster family received a scholarship to pursue further education in the locality.

The decision to move students in cases where they have built up social networks and contacts with education services over several years has been criticised by campaigners and social policy experts. It is unclear how many other students have been affected.

Both families living in direct provision and separated children – young asylum seekers who arrive in Ireland without their parents – can be moved to different locations under a practice which authorities describe as “bed management”.

There are just over 1,600 children in the direct provision system who have been waiting an average of almost four years for their applications to be processed.

Dr Muireann Ní Raghallaigh, a lecturer in social work at UCD who has worked with asylum seekers, said moving young people out of areas where they had built up connections was compounding the difficulties many faced. She called for greater access to education for all young people in these situations.

The Children’s Rights Alliance, an umbrella group of non-governmental organisations, described the actions of the RIA as “exceptionally unfair”.

Tanya Ward, chief executive of the alliance, said rules which excluded young asylum seekers from free third-level education, alongside the ban on working, meant “we are telling asylum seekers that they are now entitled to do nothing”.

In response to queries from The Irish Times, the RIA said it jointly planned decisions about the transition of separated children seeking asylum who had reached the age of 18 with the Child and Family Agency.

It said it was often the case these young people did not transfer to areas where they had been in foster care. This was because it was official policy to move minors who had turned 18 to “family-oriented centres” outside Dublin, which had links with services operated by the Child and Family Agency and the HSE.

It added that the Child and Family Agency had advised it that it did not keep statistics on the “individual educational journeys” of children in care.

It said it would be inappropriate to make any further comment.

1 Coronavirus: Surge of cases hits nursing homes as clusters jump to 38
2 Ireland has strategy to ‘break the chains’ of coronavirus - WHO’s Mike Ryan
3 Coronavirus: Situation in Ireland being ‘misrepresented’ because of limited testing
4 We need to cancel the Leaving Cert and give students predicted grades
5 UK makes another coronavirus U-turn but doubts over strategy linger
Real news has value SUBSCRIBE