Who needs an international day for women?

There has always been something self-conscious and forced about event 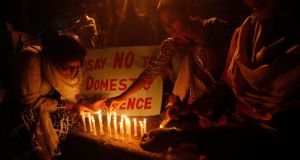 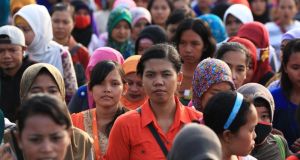 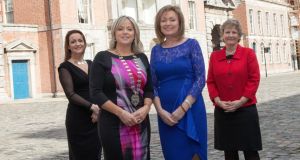 It’s strange to be reminded that International Women’s Day is more than a century old. Somehow it always gives the impression that it is an idea that has not quite caught on.

Worse than that, and in this part of the world at least, International Women’s Day, unlike Mother’s Day or even the Oscars, has never broken out of the ghetto of officialdom and succeeded in being marked on the emotional calendar of ordinary life.

With the best will in the world there has always been something self-conscious and forced about it.

Of course it is understandable that women engaged in life-and-death struggles across the world grab any excuse to force their way to the lectern.

On this day in 2012, for example, a woman called Etenesh Daniel addressed the United Nations’ Women and Africa symposium.

Presumably, as an Ethiopian farmer, her chances of addressing such an auspicious gathering would normally be nil. However, there’s something seriously wrong with an ostensibly humanitarian system that allows itself just one day a year to be addressed by women living in poverty.

Apparently the UN’s slogan for this year’s IWD is “Equality for Women is Progress for All”. Who knew?

Much more successful are the three spoof magazine covers created by the Catapult group in the United States. Childbride , Good Slavekeeping and Thirteen take the war to the huge commercial women’s magazines Brides , Good Housekeeping and Seventeen in order to highlight how we women in the rich West profit from the suppression and cheap labour of women in the developing world.


Who cares?
Part of the celebration by the Guardian newspaper included a feature listing the “Fifty Most Influential Women in British Sport”.

In a spirit of solidarity with all the aching heads who have to come up with headlines about International Women’s Day – really, who cares?

Women across the world have enough battles to fight without taking trying to integrate International Women’s Day into our lives.

In Ireland we already have a day designated for women, January 6th, Nollaig na mBan, which is also the feast of the Epiphany.

And there are signs of change: a spokeswoman for Dublin City Council confirmed that this year it does not have any events on its calendar to celebrate International Women’s Day.

This is the reality: International Women’s Day has never become relevant to ordinary women’s lives here.

For the most part it remains the property of professional agitators and a fig leaf for an officialdom which will do nothing practical – on childcare, on maternity services, even on public lighting and policing to make our streets safer – in order to improve women’s lives.

As quite a few women have said, “If they’re that pushed about it why don’t they give us the day off?”