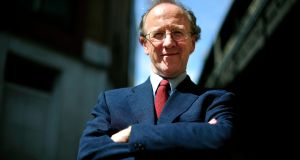 The power enjoyed by Catholic Church in Ireland was responsible in part for the scandals that have emerged in recent years, a conference in Trinity College Dublin has heard.

“As we look at what happened the Church in Ireland in the aftermath of the clerical sex abuse cases I think we could say that Acton’s dictum was borne out to a greater or lesser extent. “The power that the church enjoyed is a part of the explanation for the dreadful things that happened.”

Prof Whyte was taking part in a conference organised by Trinity’s Loyola Institute on ‘The Role of Church in a Pluralist Societry: Good Riddance or Good Influence?’

Referring to the use of laws to enforce religious observance, he said: “In my personal opinion Irish experience showed that state support for denominational education failed at the very basic level of ensuring that Catholics had a proper understanding of the tenets of their religion. From a faith perspective I don’t believe that this model of the church was effective as witnessed by the very dramatic change in attitude towards Catholicism in this country.

“In terms of the theme of today’s conference I say good riddance to that particular model. In contrast, in my opinion, religion is most effective when it is prophetic and where people of faith lead by example. I think, in the context of the growing secularisation of Irish society, there may be greater potential in time, for this model of church to be a good influence on society.”

Speakers at the conference include the Archbishop of Munich and Freising, Cardinal Reinhard Marx, one of the nine members of the Council of Cardinals which advises Pope Francis.