Ireland questioned on human rights of sex workers by UN 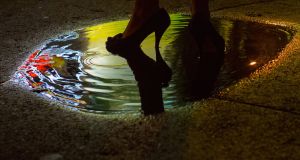 A Department of Justice executive committed to a review of legislation criminalising the purchase of sex to assess its impact on the rights of sex workers. Photograph: Getty Images

A Government delegation to the United Nations has been criticised as “vague and unhelpful” in its responses to questions about abortion.

Ireland was examined on Wednesday by a UN committee on women’s rights, on compliance with the Convention on the Elimination of Discrimination Against Women (CEDAW). It is the first time Ireland has faced questioning by the Geneva-based CEDAW committee since 2005.

The delegation also heard calls for an international inquiry into symphysiotomy, for guarantees to protect the human rights of sex-workers and for measures to protect lone parents from poverty.

The marginalisation of Traveller and Roma women, costs faced by women seeking emergency barring orders and the dramatic increase in the number of women being imprisoned, was also raised by the CEDAW committee, which is comprised of 23 human rights experts

Committee member Patricia Schulz from Switzerland asked when a referendum on repealing article 40.3.3 of the Constitution (which guarantees to protect the equal right to life of the mother and the unborn) was likely and what kind of legislation would be enacted, if it were repealed.

Principal officer at the Department of Health Geraldine Luddy said the Citizens’ Assembly considering the issue would report to the Government in June. Its recommendations would be considered by an Oireachtas committee, which would report back to the Dáil which would then decide, she said.

“A Bill would have to be prepared and wording for a referendum and a date set,” Ms Luddy said. “The Government takes the human rights of women very seriously. We will have to wait over the next few months to see what happens.”

“The State delegation could give no clarity about when an Oireachtas committee will begin consideration of the report, or how it will proceed. This is simply not good enough.”

Ms Schulz asked why there had been no “adequate inquiry” into the historical practice of symphysiotomy for women in childbirth. “Will you proceed to a proper international investigation?” she asked. She said it must include oral testimonies from affected women and investigate actions of doctors, church, government and the department of health at the time.

The dramatic increase in the number of women being sent to prison – from 155 in 1999 to 3,411 in 2015 – was raised. Noel Dowling, principal officer with the Department of Justice, said many women were imprisoned for non-payment of fines and for periods as short as four hours.

Ruth Kaddari, from Israel, asked about changes to the One Parent Family Payment, which is paid mainly to single mothers, which have resulted in fathers being told they no longer have to pay maintenance to the Department of Social Protection.

“Does the department acknowledge this is a very unreasonable situation?” asked Ms Kaddari. Mary O’Sullivan of the department said the legislation was being reviewed and was “complex” .

Ms Schulz was among a number who asked about the marginalised position of Traveller women. Deaglán Ó Briain, principal officer in the Department of Justice, agreed Travellers were “the most marginalised” group in society and said a strategy to address recognition of their ethnicity was “close”.

He also committed to a review of legislation criminalising the purchase of sex, within three years of enactment, to assess its impact on the human rights of sex workers.