Government has ‘taken note’ of ruling on the unborn, Zappone says 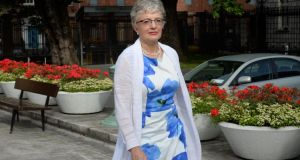 The Government has taken note of a judgment by a High Court judge last month that the rights of the unborn extend beyond the right to life, Minister for Children Katherine Zappone has said.

In his judgment last month, Mr Justice Richard Humphreys said the unborn child enjoys “significant” rights and legal position at common law, by statute, and under the Constitution, “going well beyond the right to life alone”.

Article 42a of the Constitution, inserted as a result of the 2012 Children’s Referendum, provides that the State must protect “all” children, he said.

“Of course we have to take note of the judgment,” Ms Zappone said yesterday.

“There is at least one other High Court judgment which has come to different conclusions. We need to take account of both of those judgments.”

Referring to preparations for next month’s budget, Ms Zappone said she was “looking for increases in monies, especially for children under six, in terms of the care and education provision we give them”.

A particular focus of hers would be “on the affordability of childcare, particularly for children who are living in the context of low-income households. I want to see a way to target that more effectively”.

The Minister was speaking at the First Child Summit at the Croke Park conference centre in Dublin yesterday.

Organised by the Children’s Rights Alliance and the Department of Children and Youth Affairs, the event addressed recommendations made to Ireland by the UN Committee on the Rights of the Child.

Among the attendees were two members of that UN committee, Gehad Madi and Prof Kirsten Sandberg.

In her address to conference delegates, Ms Zappone spoke of her proposal to reduce child poverty by conducting “children’s rights audits” to ensure austerity measures “do not disproportionately affect children”.

She said it was the Government’s aim to end the practice of accommodating homeless families in hotels and B&Bs by the middle of next year and spoke of her “personal commitment” to securing recognition for Travellers and Roma as ethnic minority groups.