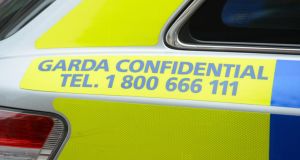 Gardaí have taken a child from a family in Dublin and placed her in the care of the HSE after members of the public reported their suspicions she had been living as a member of the family but was not a blood relative as they claimed.

The information from the public that led to the Garda action, which began yesterday afternoon, appears to have been prompted by a high profile case in Greece. In that case, a young girl was taken from a Roma camp after doubts were raised that she was not the biological child of the couple she was living with.

Members of the public who contacted gardaí reported what they believed were identical circumstances with the case now under investigation in Greece. However, sources said while the Greek case appears to have prompted those calls, there is no evidence at this time to suggest a direct link with the Greek case.

The couple involved in the Irish case, who are from Romania and have other children who are living with them in Ireland, had told local people the seven-year-girl was their biological daughter.

When gardaí went to their home in the west of the city to investigate the tip offs they had received, the couple told officers the girl was their biological daughter. The gardaí, from the child protection unit in Tallaght Garda station, sought a birth cert and passport. After a period of time the documents were produced.

However, investigating gardaí could not be sure of the authenticity of the birth cert. Their concerns were deepened after the couple gave a date of birthday for the child in early 2006 at Dublin’s Coombe Hospital, which had no record of the birth when checks were made.

Gardaí also had concerns about the passport because the child in the photograph was much younger than the child at the centre of the case, meaning it was impossible to determine if it was the same girl.

The gardaí contacted the HSE and the girl was taken from the house yesterday afternoon and brought to hospital where she was medically examined.

Once those medical checks were completed, the child was placed into the care of the HSE. The HSE may make an application for a temporary care order in the courts.

There have been no arrests in the case and gardaí are now investigating the passport and birth cert they have been supplied with. The family at the centre of the case has lived in Ireland for many years but frequently travel back to Romania.

The family has insisted the child is “100 per cent” theirs. Gabby Muntean, a support worker who has been in regular contact with the parents, said the family was devastated. “They are very upset. They have told me the child is 100 per cent theirs and have offered blood tests and DNA tests to prove this,” she said. “Now, they just want their daughter back. It hard to see any reason why his happened, other than the reports from Greece.”

Ms Mutean said the family has been based in Ireland for more than seven years and the parents insisted the child was born in Dublin.

Gardaí are preparing to interview the parents at length and it is anticipated DNA samples from the couple and child will be made to determine if the girl is their biological daughter.