David Hall to present list of Paul, Patricia and Tim Kelly’s assets to the High Court 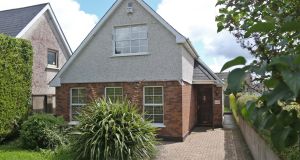 Responding to a query from The Irish Times, the department said that on June 9th last, “substantial concerns regarding governance issues within Console” came to its attention, and on June 17th it informed Console its application for funding had been “put on hold pending an audit of the London operation by the department”.

As part of this audit, the department has been in contact with the interim chief executive of Console David Hall and the Charities Regulatory Authority regarding Console’s operation in the UK, as well as with the UK’s Charities Commission.

It has undertaken to inform relevant authorities as appropriate of the outcome of the audit and will not be commenting further until the audit is complete.

In 2013, under the Government’s Emigrant Support Programme (ESP), the department provided € 59,200 to Console “as established in Ireland, to support the establishment of the organisation’s suicide prevention and bereavement counselling service in London for the benefit of vulnerable members of the Irish community”.

Combined, those latter sterling figures come to almost €100,000 according to sterling/euro rates as of June 2015.

It is not clear whether these will include the horse Ecapitola.

On the Showjumping Ireland website, the Kellys’ daughter Robyn is described as the owner of this eight-year-old brown mare, which originated in the the Netherlands.

It states Ms Kelly took part in competitions on the horse from October 2014 until June 22nd last.

Since then, until Thursday last, it was looked after at an equestrian centre run by Cmdt Gerry Flynn at Cloghan, Moydew, in Co Longford.

According to gardaí, between 10am and midday last Thursday, two men went to the centre and took away the horse, a horsebox, various equestrian equipment and a car.

Claimed to be gardaí

The men claimed to be gardaí who were seizing assets belonging to Console. They were not in uniform and showed no identification.

Talks about the ongoing running of Console services by another charity are continuing. It is understood the Pieta House suicide charity, founded by Senator Joan Freeman, is most likely to do so.

Minister for Health Simon Harris said today that talks on the matter continued at his department over the weekend. “David (Hall) and I are unified in our view that we all must put our shoulders to the wheel, the Department of Health, the HSE, David and his colleagues, to make sure that services continue. I was very pleased to be able to confirm to David that’s my overriding commitment.”

The Minister also said he welcomed the fact the Dáil Public Accounts Committee “will be looking at a number of issues on this (on) Friday”.

There were, he said, “legitimate questions that need to be answered and I think its useful to put all of that in the public domain”.

His overriding objective this week was to make sure the Console services continue to operate.

What we should not see was “vulnerable people in difficult times losing actual services because of the disgusting behaviour of others”, he said.