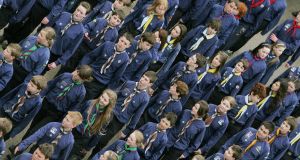 State funding for Scouting Ireland and similar voluntary bodies should be tied to reviews of child protection standards, chair of the Oireachtas committee on Children and Youth Affairs Alan Farrell has said.

The Fine Gael TD said a new system, where youth organisations have to undergo a “thorough analysis” of their safeguarding practices before they are eligible to receive State funding, should be considered.

Mr Farrell was speaking following revelations of Scouting Ireland’s “deeply flawed” handling of a rape allegation made in 2016, from a female leader who alleged she was raped by a male leader on a camping trip in 2009, when she was 18.

The confidential review by child safety expert Ian Elliott found some senior volunteers had shown a “blatant disregard” for safeguarding procedures and “inappropriate” pressure had been placed on staff dealing with the case.

Scouting Ireland did not review the male leader’s suitability to act as a volunteer before lifting his suspension, when the Director of Public Prosecutions decided to not prosecute.

Advice from gardaí to send the individual to the Garda vetting unit before reinstating him was ignored, and the man was promoted to a more senior position in a matter of months.

Mr Farrell said it was “wholly irresponsible” for the organisation with 40,000 juvenile members to disregard advice from authorities to send the man for

vetting. He said he was “deeply concerned with the reports regarding the allegation of interference in due process in Scouting Ireland.”

Scouting Ireland has received more than €9 million in funding under various State grants since 2010.

In the wake of the revelations, a broader review of all youth organisations should now take place, Mr Farrell said, to make sure there is “adequate protections and procedures in place to protect our children and young people at all times.”

Dr John Lawlor, Scouting Ireland chief executive, has agreed to appear before the Oireachtas committee on Children and Youth Affairs to answer questions on the organisations’ child protection standards.

Chief scout Christy McCann defended the organisation, accusing the whistleblower who leaked the confidential report of “betrayal and a breach of trust”, in a statement on Wednesday evening to the organisation’s 50,000 members.

Mr McCann said he suspected the leak was “a personal attack on certain individuals in Scouting Ireland”.

Mr McCann and two other senior volunteers David Shalloo and Therese Bermingham are criticised in the review.

An internal crisis management team, set up in response to the report, recommended the three senior officers should resign.

Mr McCann offered to step down at a board meeting on March 4th, but board members voted against it, and no further action has been taken on the matter.

Criticising the legitimacy of the internal crisis group’s recommendation, Mr McCann said it was “an ad hoc team of senior personnel”, and “had no role, authority or mandate to make any recommendation”.

The footing of the crisis group is set out in the organisation’s rulebook, and can be convened in response to serious incidents, for example if a scouter or leader dies on a camping trip.

Mr McCann is running unopposed for a second term as chief scout at the group’s national council on Saturday.

An independent investigation commissioned by Scouting Ireland into the “reported actions of personnel referred to adversely” in the Elliott report, is due to be finished next month.

School ordered to reopen after closing due to Covid-19 fears 19:14
Warning over impact of timber shortages due to forest licence backlog 19:14
One hundred Irish retailers for all your online Christmas shopping 19:08
Northern Ireland beginning to see reduction in rate of increase of Covid-19 18:55
Taoiseach promises supports for Cork businesses hit by flooding 18:53

1 Thirteen further deaths and 1,269 new cases of Covid-19 recorded in the Republic
2 Level 5: Fines for house parties and breaching 5km rule, while permitted funeral attendance up to 25
3 Government planned to extend sweeping pandemic powers with 45-minute debate
4 Life under Level 5: What will the next six weeks look like for the State?
5 One hundred Irish retailers for all your online Christmas shopping
Real news has value SUBSCRIBE