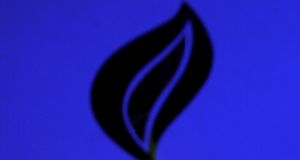 International campaigns which suggest that purchase of cell phones contributes to child exploitation and sexual violence in the Democratic Republic of Congo (DRC) are “false and misleading”, a leading Amnesty International expert has said.

International campaigns which suggest that purchase of cell phones contributes to child exploitation and sexual violence in the Democratic Republic of Congo (DRC) are “false and misleading”, a leading Amnesty International expert has said.

Such “over-simplistic” messages suggesting that “cell phones cause rape” may make for good “sound bites”, but are unlikely to solve the substantive issues, Amnesty International USA DRC country specialist Thomas Turner has told a conference at NUI Galway (NUIG).

UN special envoy for the Great Lakes region Mary Robinson was among keynote speakers at the two-day conference on the role of women’s leadership in the DRC, where up to five million have died during 20 years of conflict.

Mr Turner, who is author of Congo (italics), published last year, said that non-governmental organisations and campaign groups had a responsibility to “educate people as well as appeal to their emotions”.

Appeals by campaigners to boycott purchase of cell phones or game consoles may give the misleading impression that much of the conflict in the DRC is related to sourcing of these minerals, such as coltan, Mr Turner told The Irish Times (italics).

The situation in DRC is “far more complex”, he said, stating that many mines in eastern Congo were “never in the hands of armed groups”.

“What we do have is armed groups stealing minerals in transport, as in a form of highway robbery, and one of the biggest problems is the lack of effective State governments in much of rural Congo,”he said.

Campaigning against multinational company involvement in mineral exploitation could also give the impression that it would automatically eradicate child labour in mines, he said.

While there was value in holding multinationals to account, the reality was that some larger companies already had health and safety standards which would prohibit use of child labour, he said.

“Artisanal labour by local communities sounds good, but it may involve families – who will send their children out to work,”he pointed out.

Mr Turner also cited the Kony 2012 campaign as another example where the public had been confused, with young people believing that if they bought a plastic bracelet they could eradicate use of child soldiers.

Within four days of the US-based non-profit organisation Invisible Children releasing its 30-minute documentary on Joseph Kony, leader of the Uganda-based Lord’s Resistance Army, it had been viewed by over 20 million, many of them young people.

The film was endorsed by many celebrities, leaders and NGOs, but the campaign was questioned for its timing in calling for military intervention to pursue Kony when the LRA was actually at its lowest point and there was no proof that Kony was still alive.

“In Europe, you have had campaigns which suggest that ownership of a cellphone causes rape, and campaigns do like to personalise the issue in a way that makes it more tangible,”he said.

In Canada, the seasonal campaigns against killing baby seals also avoided the fact that more complex resource extraction might be having a greater impact on coastal communities, he said.

“In the DRC, it is going to take a not very glamorous amount of hard work to restore local police, health clinics and provide schools,” Mr Turner said. “It is good to talk about these issues and raise awareness, but there is a need to avoid making promises that cannot be kept.”