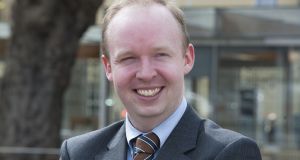 A right-wing American conservative youth group has said the president of Young Fine Gael attended a recent conference in a “personal capacity” after criticisms from party TDs and MEPs over his attendance.

The attendance was criticised by Fine Gael TD Noel Rock, while MEP Maria Walsh called for Mr Foley-Walsh to resign.

US vice-president Mike Pence was among a list of speakers which also included other conservative politicians such as former Republican presidential candidate Ted Cruz and former Wisconsin governor Scott Walker.

In a statement the Young America’s Foundation (YAF) , which hosted the conference, said that “the intolerance of the left clearly knows no borders”.

“The fact that members of European Parliament or leaders from Ireland would attack a group of students for striving to broaden their intellectual horizons and learn from some of America’s leading decision-makers is pathetic,” said the foundation’s spokesman Spencer Brown.

“These students, and all those who took time out of their summer to learn and engage in a true, free and open exchange of ideas, ought to be applauded, not demonised or threatened. Furthermore, the attempts by Irish media to sling baseless accusations and politicise a tragedy in the United States is disgusting.”

The foundation said that “the fact that anyone in Ireland is so threatened by a handful of students attending YAF’s flagship conference is a testament to these intolerant individuals’ weakness and insecurity in their own ideas”.

Mr Brown said the Irish students at the National Conservative Student Conference were attending in their personal capacity.

“Anyone would be honoured to hear from and interact with America’s leaders, including vice-president Mike Pence, the honourable John Bolton, senators Marsha Blackburn, Rick Scott, Josh Hawley, Tom Cotton and Ted Cruz plus Mia Love, Lila Rose, Michael Knowles, and Liz Wheeler among others.”

Around 1,300 people attended the week-long conference.

“Young America’s Foundation looks forward to inviting even more students from Ireland and other countries to attend the next National Conservative Student Conference,” it said on Wednesday.

Ms Walsh said this week that she would be writing to the Young Fine Gael committee calling for the resignation of Mr Foley-Walsh. She believed the attendance at the conference was not a reflection of the views of other members of Young Fine Gael.