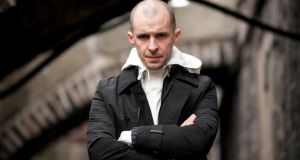 Here’s the provisional schedule for next week – Justice: Discussion re: Urban policing for the 21st century. Witnesses: Mr Fran and Mr Nidge.

The green-eyed monster has been working overtime in Leinster House over the last couple of weeks as the Public Affairs Committee sucks up the limelight.

Hardworking TDs and Senators are a bit put out over all the attention their PAC colleagues are getting in the media. And it must to be said, there is a certain swagger at the moment about these Rumpoles of the PAC.

Committee work has always been viewed as the unglamorous side of parliamentary duty. Some take their participation very seriously, others dip in and out when the mood takes them or merely show up when it’s their turn to speak and leave when they’re done.

With further high-profile PAC sittings in the offing, desperation is setting in for the overlooked members of other, equally busy, committees.

We’d better get in early to bag our seats.

It’ll be like Christmas morning in Government Buildings when the excited Ministers troop in. Because Tuesday is when the Tánaiste tells them where they are going for St Patrick’s Day.

The annual exodus was mentioned at Cabinet a couple of weeks ago, when Eamon Gilmore reminded the troops to get in their requests before the deadline.

“It’s a bit like the CAO – you give your preferences, then see what you get” says one ministerial source.

“Some people call them the CIG forms,” says another. “As in, Can I Go?”

The various ports of call have to be nailed down early in the year so that host embassies abroad can prepare for the visit.

But destinations won’t be announced publicly until nearer the departure dates. State agencies have a huge interest in who nabs what trip. If their line Minister gets a good gig in some nice exotic location, they get to go too.

The Taoiseach, Tánaiste and Buddha Noonan can choose their own destinations.

Enda, as one would expect, is off to the US again.

This time, he has volunteered to do three cities – New York, Washington DC and Boston. That’ll take some stamina.

The Reform Alliance rally in the RDS today is not the only big political event on in Dublin 4 this weekend. Tomorrow Fianna Fáil holds its Dublin selection convention for the European elections in a Ballsbridge hotel.

Delegates were invited to a taster event this week when the party hosted pre-selection hustings at the Davenport Hotel chaired by Timmy Dooley TD. The three candidates, Cllr Mary Fitzpatrick, Tiernan Brady, a director of Glen (the Gay and Lesbian Equality Network), and former senator Geraldine Feeney, addressed the crowd, and this was followed by a question-and answer-session.

At the conclusion of the “special debate”, the candidates were each allowed a final few words. Brady and Fitzpatrick made routine election speeches. However the crowd was taken aback when Feeney chose to tear strips off her two rivals with what one observer tells us was “a very robust critique” of her colleagues.

“There was a bit of fidgeting in the hall when Ger launched into the other two and they looked a bit taken aback,” says our man. “It wasn’t as if she was annoyed by the opening speeches because she appeared to have prepared remarks with her.”

Tomorrow’s convention could be fun.

Beef back on the menu as rare gathering dines out

The distinguished Paul Carney, presiding judge of the Central Criminal Court, has one of the most demanding and difficult jobs in Ireland.

Day after day in his courtroom, he hears details of the most terrible crimes.

Murders and rapists come before him. He sees a side of Irish life most of us pray we will never have to encounter.

After he was spotted dining in the Members’ Restaurant on Wednesday evening, certain TDs were overheard remarking how it must have been nice for him to observe a different class of lowlife for a change.

As it happened, Carney was in Leinster House as a guest of Fianna Fáil TD Timmy Dooley and Fine Gael Senator Paul Coghlan.

Also in the group on Wednesday night was the Japanese ambassador to Ireland, Chihiro Atsumi.

The dinner was arranged after the politicians attended a function at the ambassador’s residence in Foxrock.

They invited their host to a return dinner in Kildare Street and Carney, who was also at the ambassador’s do, was also invited.

The Japanese ambassador bumped into Minister for Agriculture Simon Coveney in the corridor and they had a chat about the recent agreement to allow Irish beef back into the Japanese market.

Rabbitte caught in the full glare of Healy-Rae’s flattery

During Thursday’s debate on the ESB Bill (no, it wasn’t about TDs leaving the lights on and Senators forgetting to switch off the immersion), Michael Healy-Rae made a plea to Minister for Communications Pat Rabbitte on behalf of the hard-pressed small business person trying to earn a living in rural Ireland.

A good electronic communications network is vital for them in this day and age.

“It is important from the view of having access to a proper fibre telecommunications service in the Irish market. It is as important as a good road going into a county or up a boreen,” said Michael.

Flattery is as good a means as any to get a message across, and the Kerry South TD expertly laid it on with a trowel.

“Ooo are a practical man and in my opinion,” said Healy-Rae to Rabbitte, “ooo are what I categorise as ‘the acceptable face of the Government’. Ooo are a person we can all relate to and get on with.”

The Acceptable Face of Government was delighted.

“I’ve been called many things in my time here, but never that!”

Michael stressed his sincerity. ”“I mean it in the best possible way. I’m sure people have said worse.”

He’d be right there.