May ‘a little surprised’ as Boris Johnson quits over Brexit plan

July 9th, 2018: Theresa May has praised Boris Johnson and David Davis in a statement to the House of Commons following their resignations. Video: Parliamentlive.tv 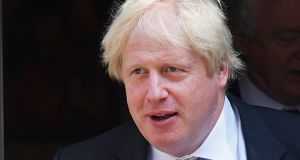 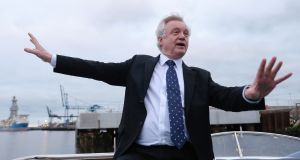 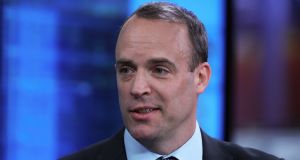 Dominic Raab who has been appointed to place David Davis as Brexit secretary. Photograph: Chris Ratcliffe/Bloomberg

Boris Johnson has resigned as British foreign secretary, becoming the third minister in 24 hours to walk out of the UK government rather than back Theresa May’s plans for a soft Brexit.

Jeremy Hunt, who had been serving as health secretary, has been appointed to replace Mr Johnson, Downing Street said on Monday night.

The British prime minister hammered out a compromise with her deeply divided cabinet in an all-day meeting at Chequers on Friday, but after consulting friends and allies since, Mr Johnson said he could not promote the deal.

In his resignation letter, Mr Johnson warned that the United Kingdom would end up like a colony of the European Union after Brexit.

In her reply to Mr Johnson’s letter, Ms May said she was a “little surprised” by his resignation given he had agreed to her proposals last week.

“I am sorry - and a little surprised - to receive (the letter) after the productive discussions we had at Chequers on Friday, and the comprehensive and detailed proposal which we agreed as a cabinet,” Ms May wrote.

Mr Johnson’s resignation follows that of the Brexit secretary, David Davis, and Mr Davis’s No 2 at the Department for Exiting the EU, Steve Baker. Dominic Raab has been appointed as the new Brexit secretary.

Mr Davis said in his resignation letter that he believed Ms May’s proposal that a “common rule book” governing a UK-EU free trade area “hands control of large swathes of our economy to the EU and is certainly not returning control of our laws in any real sense”.

I am proud to have served as Foreign Secretary. It is with sadness that I step down: here is my letter explaining why. pic.twitter.com/NZXzUZCjdF

He said he was “very clear” on Friday that he did not back Ms May’s Brexit plan and said he told the prime minister he would be the “odd man out” on it.

Speaking to BBC Radio 4 on Monday, Mr Davis said: “I took the view at the time this was not the best strategy, that there were better strategies available - we have been establishing them.”

He also said he believes Ms May is a “good prime minister” and insisted she can survive as leader.

Ms May had been hoping to win over Brexiteers after a backlash against her plans for leaving the EU.

She told MPs in the Commons on Monday afternoon that the strategy agreed at Chequers is the “right Brexit” for Britain.

The prime minister said she disagreed with Mr Davis’s characterisation of the Chequers deal.“I am sorry that the government will not have the benefit of your continued expertise and counsel as we secure this deal and complete the process of leaving the EU, but I would like to thank you warmly for everything you have done over the past two years as Secretary of State to shape our departure from the EU,” she said.

British Labour Party leader Jeremy Corbyn on Monday said there was a crisis in government and that Britain was no clearer on what its future relationship with the EU looks like than before Friday’s cabinet agreement.

Reacting to news of Mr Davis’s resignation, Taoiseach Leo Varadkar said: “We’ll see how things develop. As far as I am concerned, when Theresa May speaks she speaks for the UK government and that’s the basis I’ll be working on.”

Mr Varadkar said the UK must be a full member of the European Single Market, or else stay out of it entirely, in response to Ms May’s latest Brexit plan.

He gave a cautious welcome to the deal agreed by the British cabinet, which he hailed as a “real political success” for Ms May.

But he added that he had “some concerns about the workability of the UK’s customs” proposals and the plan’s effect on the integrity of the single market.

The new approach envisages a new UK-EU customs area, although Britain could apply different tariffs from the EU.

It would also align Britain to the European Single Market for goods, while moving away from it for services. – Agencies