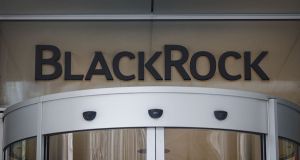 The decision by BlackRock to move business to Paris follows months of courting by the French establishment, including a meeting between Mr Macron and Larry Fink, chief executive of the $6.3 trillion (€5.3 trillion) asset manager, at the Elysée Palace.

French president Emmanuel Macron’s charm offensive to win business from the City of London is starting to pay off as BlackRock and Citigroup join other Wall Street groups in expanding their Paris operations ahead of Brexit.

Mr Macron has rolled out the red carpet for financial services companies, promising to cut taxes and red tape while talking up the economic prospects of the country with a “France is back” pitch.

In a victory for the French president, BlackRock has chosen Paris over London for its new base to provide alternative investment services across Europe and Asia, as the world’s biggest money manager aims to dominate markets outside its US home.

The decision by BlackRock follows months of courting by the French establishment, including a meeting between Mr Macron and Larry Fink, chief executive of the $6.3 trillion (€5.3 trillion) asset manager, at the Elysée Palace.

The French leader has also persuaded Citi to expand in the country. The US bank recently poached senior investment bankers from UBS in France as part of plans to add dozens of extra staff in Paris.

“The effect of Macron has lightened up the country – before his election it was pretty bleak,” said Luigi de Vecchi, chairman of corporate and investment banking in continental Europe at Citi, who is moving from Milan to Paris. “As you talk to French CEOs, they are all pumped up with tons of cash and aggressive plans.”

BlackRock, which already has nearly 50 staff in Paris and manages around €30 billion for French clients, applied to the French markets regulator, the Autorité des Marchés Financiers, two weeks ago for a licence to set up an alternative investment fund management company in the country. This would enable it to sell products such as hedge funds, real estate and commodities funds to the global market from its Paris office.

The company hopes to receive authorisation in September. Last month it hired Henri Chabadel as chief investment officer for France, Belgium and Luxembourg, based in Paris.

London will remain BlackRock’s main European office and the company does not plan to relocate staff from the UK to Paris. Any hires will be new roles. BlackRock declined to comment.

With nine months to go before the UK leaves the EU, financiers are frustrated at the lack of progress in negotiations on the terms of Britain’s departure. Many are starting to rejig their European operations to cope with any disruption. But Brexit was not the main motivation for the French expansion of BlackRock or Citi.

“The question is whether in the long term banks will see the number of large corporate clients reduced in the UK,” said Mr de Vecchi, pointing out that Brexit had made British companies vulnerable to takeover by weakening the pound. “Whereas in France you are seeing the creation of European champions.”

Arnaud de Bresson of the business lobby group Paris Europlace said financial companies were ramping up plans to open offices in France. “The first teams are arriving,” he added. “It’s true for asset management companies - including coming from London – but also for international banks.”

Citigroup, which employs about 160 people in Paris, said in an internal memo that it had hired Gregoire Haemmerle and Pierre Drevillon from UBS to become head of its French corporate and investment banking unit and head of French M&A, respectively.

Citi plans to add 150 jobs in its sales and trading operation in Frankfurt and as many as 100 more, mostly in Paris, but also spread across Milan, Madrid, Dublin and Amsterdam.

In the immediate aftermath of the Brexit vote, most Wall Street banks opted for Frankfurt or Dublin to create their alternative EU hubs. But recently some have been unveiling plans to bulk up in Paris.

Lloyd Blankfein, chief executive of Goldman Sachs, said in a tweet last year that he was “struck by the positive energy here in Paris” before the bank announced last month that France was a priority in its plans to double its workforce in continental Europe.

Bank of America said recently it was relocating three senior investment bankers from London to Paris. JPMorgan Chase said last week it expected to “migrate or add a few hundred roles” to the EU ahead of Brexit – many of which are set to be in Paris. Morgan Stanley also plans to add about 80 jobs in Paris after Brexit. HSBC, which already has a big French operation, has said it is likely to move up to 1,000 jobs to Paris.

In addition, inter-dealer broker TP ICAP is in talks with French regulators about setting up a base in Paris in the first quarter of 2019.