All social welfare payments will increase by €5 from next year, with the Christmas bonus restored to a double payment 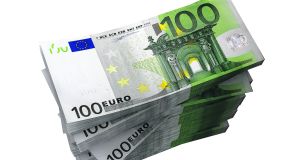 Minister for Finance Paschal Donohoe is expected to announced €700 million of tax increases to help pay for a budget day package of €1.5 billion in new tax cuts and spending increases.

The main revenue-raising measure will be the abolition of the 9 per cent special hospitality VAT rate, which will return to 13.5 per cent for all categories within the sector apart from newspapers and sporting facilities.

There is not expected to be an increase in carbon tax or in excise on diesel, although Mr Donohoe is expected to signal a willingness to increase carbon tax in future. Betting tax will also double to 2 per cent.

All social welfare payments will increase by €5 from next year, with the Christmas bonus restored to a double payment for the first time since the crash.

Excise on tobacco will increase by 50 cent, but there will be no increases in excise on alcohol. Funding for the housing assistance payment is expected to increase by around €150 million.

The home carer tax credit is increasing by €300, and the earned income tax credit for the self-employed is up by €200. Gambling tax will increase by 2 per cent. There will also additional two weeks’ parental leave, with an aspiration to increase this to seven weeks over a number of years.

In the childcare sector the threshold for families to access the highest level of childcare supports will increase. Previously only families earning less than €22,700 net received the maximum subsidy. This will increase to €26,000 net to capture more low-income households. In gross terms it means a family with income up to €32,000 can qualify for the highest supports.

Some PRSI benefits, such as jobseekers allowance, are to be extended to the self-employed.

Up to 100,000 additional people may qualify for free GP care under measures to be announced in the budget.

As part of the budget the Government will also reduce the prescription charge for patients aged over 70 by 50 cent.

The amount which patients have to pay themselves before qualifying for subsidies under the drug payment scheme will be reduced by €10.

The Government is also to put in place a €20million “integration” fund as part of the implementation of the Sláintecare healthcare reforms.